Margaret Skaar VanLoo was born on April 5, 1922, on the family farm north of Hayward, one of four siblings to Peder J. and Elsie (Lunde) Skaar. Margie was baptized and confirmed in the Hayward Lutheran Church. She attended country school in the Hayward area and graduated from Albert Lea High School with the class of 1940. Margie was active in the Hayward 4-H and brought animal projects to the Freeborn County Fair and sewing projects to the Minnesota State Fair. Following high school, Margie attended the University of Minnesota in the Twin Cities, graduating with a bachelor of science in 1945. During their college years, Margie and her twin sister Elsie worked summers at Glacier National Park. After college graduation, Margie worked for Extension Service first in Goodhue County and later in Crow Wing County. Seeking new adventures, Margie moved to Oregon where she completed training at Portland State University to become an elementary school teacher. She spent the rest of her working career as an elementary teacher in the Portland, Ore., area. 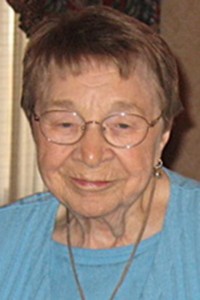 On Dec. 22, 1951, Margie was united in marriage to Marvin VanLoo. Together they raised two children, Peter Marvin and Caroline Elsie. Margie was an excellent seamstress who created many beautiful needlework and quilting projects. She loved trips to the ocean with her family in Oregon and trips back to the Midwest to visit family members in Minnesota. Margie had a keen interest in the family Norwegian genealogy, which she shared with her older brother, Ashle Skaar.

Margie was a kind and caring person who was lively, creative and inquisitive. She will be greatly missed by her family and all who knew her.