Riverland Community College has named Gary Schindler as the new dean of students.

Schindler’s main office will be at the Austin Campus, but he will work closely with all faculty and supervise staff at all three campus locations including Albert Lea and Owatonna. 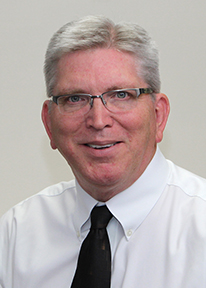 “I am passionate about providing area students access to higher education and will serve them through graduation, job placement and/or transfer to a university,” Schindler said. “The goal is to build a strong student services team focused on the needs and success of students.”

Schindler has a master’s degree from the University of North Dakota in counseling and a bachelor’s degree in social studies. He previously held the position as dean of students at Riverland from 1998 to 2009. During his early career with Riverland, he served for nine years as the financial aid director. Schindler was named Administrator of the Year by the Minnesota State Counselor Association and Southeastern Minnesota Counselor Association. He was also named Distinguished Administrator by Phi Theta Kappa International.

“We are pleased to have such a strong leader in student affairs serving the students of Riverland Community College,” said Mary Davenport, interim vice president of academic and student affairs. “Mr. Schindler will strengthen the range of programs and services that support student success and compliments the learning that takes place in our classrooms. He is truly committed to helping each student at Riverland reach their academic goals and grow personally, intellectually and socially.”

Prior to his return to Riverland in August, Schindler worked at Spoon River College in Illinois and for Anoka Technical College as the dean of student affairs at both colleges. In addition to his work as a college administrator he worked as a trained peer reviewer for the Higher Learning Commission in college accreditation.