Rural roads are human footprints on the landscape

“Everything is nearly copacetic. I have some twinges in my hinges. I still have a skinny guy inside of me screaming to get out. I find a large supreme pizza shuts him up. I watched a cooking show on TV and I gained three pounds. I put my headphones on wrong. The left earpiece was on my right ear. I listened to the Rolling Stones sing ‘RubyTuesday’ backwards. It might be time to wash some clothes. I stubbed my toe on some underwear on the floor yesterday. I’m all for conserving energy, but someone has turned off the light at the end of the tunnel. Still, all in all, I shouldn’t complain. It does no good. When I complain, people either don’t care or they’re happy to hear that I have complaints. Remember when Mr. Kraupa told me that being clueless and cynical wasn’t going to get me anywhere in life. Boy, he should see me now.” 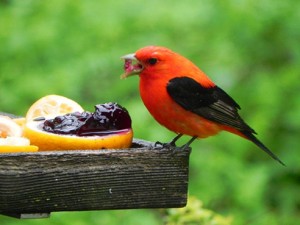 “Click, click. Channel change. Why would our old school principal want to have a look at your life? At least I live a mile from where I was born. I’ve gotten somewhere in life. You still live in the same house you were born in,” I say.

“True, but I’ve moved to a downstairs bedroom.”

I drove down a well-worn road built before my time, but graveled regularly. The rural road is part of a human footprint that crisscrosses the landscape. Some of the adjoining fields were cropless due to uncooperative weather. Nature still calls the shots, occasionally showing a thuggish side. The lack of a crop made the fields capable of raising nearly as much dust as the road.

Farmers strive to keep corn competitive, but Mother Nature is not ready to cede power.

Canada geese were numerous in a wetland. A friend claims that the geese are half-honk and half-poop.

Barn swallows perched on the utility wires. They are far too tiny to swallow any farm building, let alone a barn.

My yard holds a good number of barn swallows milling about waiting for the lawn mower. They follow the mower because it chases up flying insects for them to swoop down and devour. My wife calls them the “beak squad.” The swallows are vociferous when in the company of the mower. They follow it on Twitter.

The parents zip through the air, catching insects to feed their young waiting almost patiently on prominent perches. Older siblings from a previous brood and unrelated juveniles sometimes help feed the fledglings.

A dozen of the swallows like to rest on our driveway. They don’t eat there or collect mud, so they are apparently soaking up warmth from the gravel or sunbathing.

I saw a family of chimney swifts come out of a chimney. They rose like smoke or from the ashes like a Phoenix. They are among the most aerial of birds, flying almost constantly except when at the nest or roosting. Its erratic flight gives the impression that a swift is beating only one wing at a time. It flaps both wings at once just like other birds. Nonbreeding swifts roost together in chimneys, but only one pair nests in a chimney. That pair may tolerate other swifts roosting in the chimney.

Chipping sparrows fluttered about. Once upon a time, this small native bird was frequently called a “social sparrow.” When I was a boy, I called them “hair sparrows.” That was because they favored using hair in their nests. We had a dog named Funny. Funny liked to nap at the top of our graveled drive. It gave him a spot where he could keep watch on the farm even while napping. It didn’t always work that way. Sometimes he fell into a deep sleep, complete with dream paws. One day, while Funny was in a deep slumber, a chipping sparrow flew down near him. The tiny bird was looking for nesting material, and Funny’s bushy tail looked like a home furnishings store with hair on sale. The bird gave a yank to a promising hair. Funny woke up with a start, missing seeing the sparrow fly away. Funny was a nervous napper for a few days.

Birds and their activities. Nature unleashed. It was all good to see. A reminder to stop and look.

A group of bananaquits is called a bunch. The bananaquit is a familiar bird of the New World tropics.

A reader from Texas hangs red Christmas tree ball ornaments on her tomato plants before the fruits form. Her theory is that birds peck the hard decorations, are disappointed, and ignore the red tomatoes when they appear.

Biologists estimate that loon parents and their two chicks could eat about a half-ton of fish over a 15-week period.

Phoebe Snetsinger, a housewife and mother of four, discovered birding in her Minnesota backyard in 1965 when she saw a Blackburnian warbler. Snetsinger traveled the world in a relentless pursuit of birds to add to her life list. She was the first person to see 8,000 species of birds.

“The human race is faced with a cruel choice: work or daytime television.” – Dave Barry

“I think having land and not ruining it is the most beautiful art that anybody could ever want.” ― Andy Warhol

Al Batt of Hartland is a member of the Albert Lea Audubon Society.