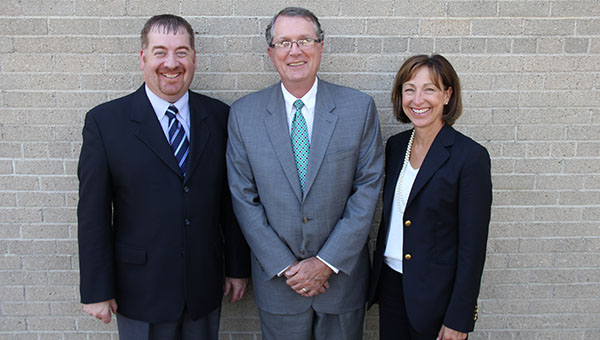 Alliant Energy announced Tuesday it is selling its electric distribution business in Minnesota to a dozen local electric cooperatives and its natural gas operations to Rosemount-based Minnesota Energy Resources.

There will be no changes immediately. After the $128 million transaction gets regulatory approval, Albert Lea residents will pay their electricity bill to Albert Lea-based Freeborn-Mower Cooperative Services and their gas to Minnesota Energy Resources.

“We are really pleased that this deal fell together, and it is good for our customers,” said Tom Aller, president of Interstate Power & Light, an Alliant subsidiary based in Cedar Rapids, Iowa. Alliant Energy’s headquarters are in Madison, Wis.

Alliant’s Minnesota territories are in southern Minnesota, with 45,000 customers spread over 15,000 square miles. Some have electricity. Some have gas. Many have both. The largest area of customers are in and around Albert Lea.

Aller said the company had been approached before about selling its territories, but those offers were a chunk here or there. What made sense this time, he said, was that the cooperatives joined to form one entity called the Southern Minnesota Energy Cooperative, which plans to purchase the entire system in a single regulatory process.

“If you look at a map, you see we are surrounded by these providers. That tells the story right there,” Aller said.

Alliant Energy’s Minnesota operations represent less than 4 percent of its overall customer base.

Alliant Energy employs about 100 people in Minnesota, and Aller said they all would be offered positions with Alliant Energy or with the buyers.

“This is a very exciting time for us,” Krueger said.

The deal calls for the SMEC members to purchase wholesale power from Alliant Energy for 10 years, which then would be distributed to the areas Alliant had served. This part of the deal would be subject to approval from the Federal Energy Regulatory Commission. Dairyland Power would continue to provide wholesale power for Freeborn-Mower to sell to its existing territory.

For Alliant, the deal “is bittersweet,” said Barbara Nick, president of Minnesota Energy Resources, “but for us it’s just sweet.”

Alliant Energy retains its Bent Tree Wind Farm in Hartland and Manchester. It is part of subsidiary Wisconsin Power & Light. The company also retains its Fox Lake power-generation plant near Sherburn, which uses natural gas but can operate on coal, too. A Fairmont Sentinel story in December 2011 said the station is slated for retirement in a decade.

Alliant Energy owns a building on the northeast corner of Clark Street and Broadway in Albert Lea, in addition to garages and work yards along Newton Avenue near the Union Pacific Railroad tracks.

Aller said what happens to that building and other properties it owns will be determined by the buyers. Krueger said that issue hasn’t been decided. Freeborn-Mower’s campus is on East Main Street at Exit 11 of Interstate 35.

The ink on the deal was signed “either late last night or early this morning,” Aller said Tuesday afternoon.

Most of the regulatory hurdles are with the Minnesota Public Utilities Commission and the Iowa Utilities Board. The regulatory process could take six months to a year.

Krueger said once the deal is approved, the SMEC would distribute the Alliant properties to its members, though there could be some border areas where engineers would have to determine what’s the most viable way to distribute the electricity.