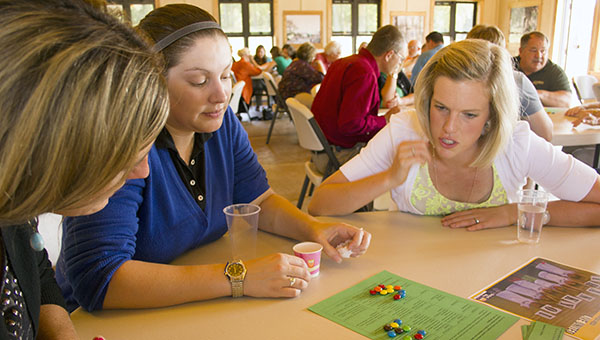 For most of his life, Albert Lean Stan Aske has lived with his parents, leading a simple life away from the world.

Suffering from psychosis and schizophrenia, Aske, now 59, said his life was lost.

But all of that changed at least 10 years ago, when he was able to work with Cedar Valley Services to find a job. 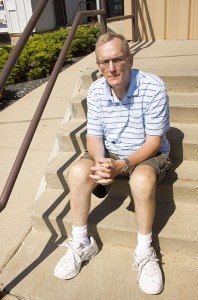 “I don’t think I could have found a job if it weren’t for Cedar Valley,” he said. “Nobody would hire me. Unless it was basic things, from day to day I couldn’t do it.”

Now, he has gained much independence, living in his own apartment and driving his own vehicle — something that is made possible through his job. 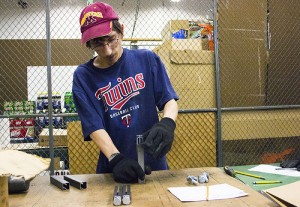 Cedar Valley helps people with physical, mental or developmental disabilities find work and be able to contribute to the community. It is a partner agency with the United Way of Freeborn County, receiving financial assistance for job coaching and for transportation for its workers.

The United Way of Freeborn County kicked of its annual campaign drive Thursday at the new Edgewater Bay Pavilion.

The organization is seeking to raise $696,000, its highest ever goal, to support its partner agencies, said Ann Austin, executive director.

She said it will be a challenge to achieve the goal this year.

“We are very lucky to have all the programs we do in this community,” Austin said.

During the kickoff, people in attendance played a game to illustrate the struggles that come along with poverty and ate lunch.

Mary Laeger-Hagemeister, who is on the United Way board, gave a brief presentation about poverty. 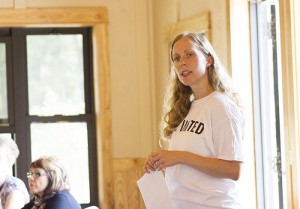 She said 27.6 percent of households in Freeborn County live in poverty. That includes 17.5 percent of children. She gave a statistic that Freeborn County’s average weekly take-home check is $150 less than neighboring communities.

Aske, who transports residents to various activities at Good Samaritan Society of Albert Lea, is one of about 45 residents across Freeborn County who benefits from the partnership through Cedar Valley and the United Way of Freeborn County.

Others who work through Cedar Valley clean various businesses in town, repackage cereal at Malt-O-Meal in Faribault or get packaging materials ready at its Albert Lea shop.

Garry Hart, with Cedar Valley Services, said the United Way has been a great partner for the agency.

“Without their assistance we wouldn’t be able to do the things we do,” Hart said.

Only five of the 45 people employed through Cedar Valley have a driver’s license, he said.

“That’s our biggest barrier,” he said.