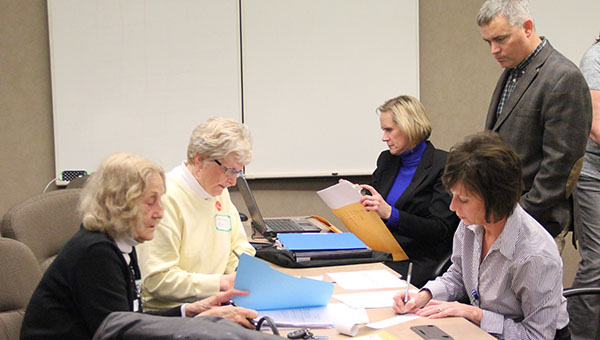 The district’s director of finance and operations, Lori Volz, said voter numbers are typically low when there aren’t many issues on the ballot and because it was a renewal of an existing levy and not an increase in taxes.

“The last referendum had quite a bit larger turnout,” Volz said.

Voters Tuesday approved a renewal of the district’s existing operating levy. It was set to expire in 2014. In 2007 when the original levy was approved, 8,500 voters, out of about 13,000 eligible, cast ballots for a total turnout of 65 percent. The vote was one-issue just like this year, but the levy in 2007 was widely debated because it was a new increase in taxes and the district was prepared to cut programs and teachers if it failed. Many extracurricular activities were in jeopardy. 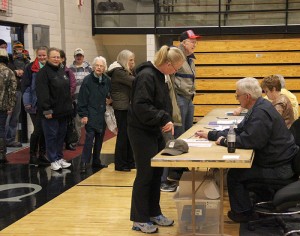 Freeborn County Auditor-Treasurer Pat Martinson said because the school question was the only ballot issue that voter turnout at 19 percent seemed normal. Elections for president and Congress often bring more voters to the polls.

“You always like to see a healthy voter turnout,” Volz said. “But of course we’re still happy because it passed.”

The school board will hold a special meeting at Brookside Education Center to canvass the votes at 7 a.m. Tuesday.

These small communities to the west of Albert Lea had almost 40 percent of eligible voters cast their ballots.

There were 309 yes votes and 64 no votes in Alden-Conger School District’s operating levy increase. The district also has one vote it can’t count because a voter filled in both the yes and no ovals. So there were 373 votes that could be counted, but there was a total of 374 voters. Registered voters numbered 936 as of noon on Tuesday, so 39.95 percent of voters cast ballots. The afternoon delivered cold rain.

“I didn’t predict anywhere close to that,” said Alden-Conger Principal Brian Shanks. “I thought a combination of only one thing to vote on, then combine that with the lovely weather we had yesterday, I thought those two things would really put a damper on the number of voters that came out.”

Shanks said he was pleasantly surprised by the number of voters who voted yes, too. He said he is thankful for the support of the community and that they believe in the school and want it to continue to do well.

“Thank you isn’t enough but thank you, thank you to the community,” Shanks said.

Many schools across state pass levies

A total of 50 of 57 school districts passed an operating levy question on Tuesday’s election. That is an 88 percent passage rate, which is the highest since 1980 when the Minnesota School Board Association started recording results.

Another 23 districts, out of 26, were able to pass building bond or capital referendums with a passage rate of 88 percent. Seven districts asked for both an operating and a building bond, showing 77 districts asking for some kind of help from voters.

That compares to 42 districts asking for an operating levy, and 26 asking for a building or capital projects levy in 2012, according to the Minnesota School Board Association.