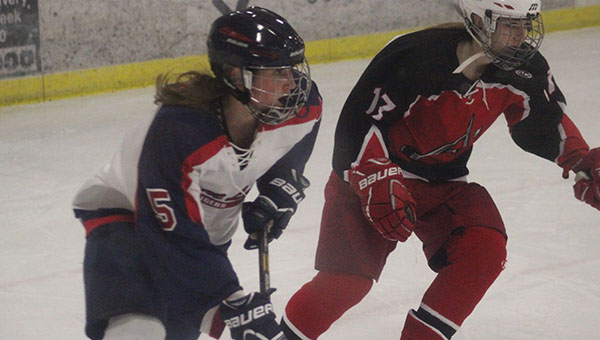 MILFORD, IOWA — With a dusting of snow on the ground and temperatures in the high 20s on Wednesday night in northern Iowa, it felt like volleyball season should be wrapping up soon. Unfortunately for Lake Mills, its season came to a close at the hands of Western Christian.

The Bulldogs were swept 3-0 by the powerful Western Christian squad in the Class 2A, Region 1 final on Wednesday night. Though Lake Mills was able to make small improvements in its game, it wasn’t able to make up for a lack of height and speed. The Wolfpack was able to string multiple points together throughout the night and won 25-11, 25-13 and 25-16.

“I think the girls believe that they deserved to be in the gym tonight,” head coach Jim Boehmer said. “That takes a lot, I was proud of their effort tonight, we tried to be aggressive. There’s probably more opportunities that we’d like to have back, but we went up against an extremely tough team and we played hard.”

Boehmer said he knew it was going to be a tough test going into the match, which was held at Okoboji High School, but he said the previously mentioned in-match improvements were key.

“Each game we got a little better,” Boehmer said. “We really started strong in the first game, I think we were 9-9 at one point, but they’re in the state finals year after year for a reason.”

The size mismatch between teams was easy to spot. Western Christian was led by senior Haley Moss, listed with a height of 6 feet 5 inches. Moss was dominant at the net, spiking balls and blocking shots. The Wolfpack also had two more middle hitters who stood 6 feet 1 inch tall and another player who was 6 feet tall. By comparison, Lake Mills had four players tied for tallest on the team at 5 feet, 10 inches tall.

“We changed our defensive a little bit,” Boehmer said about going trying to deal with the height mismatch. “But you can only do so much, it makes it kind-of hard.”

Boehmer said he was impressed with the attitude of all of his players. Lake Mills celebrated every point it won up until the end of the game, and players encouraged each other after lost points.

“Our girls didn’t take a back seat. They didn’t quit,” Boehmer said. “They played every point, and even up to the very end they were digging balls. Our 16th point (in Game 3) was a huge defensive rally, so that was awesome.”

Lake Mills finished this season with a 35-6 record, despite returning only one starter from last season.