‘We owe it to the youth’ 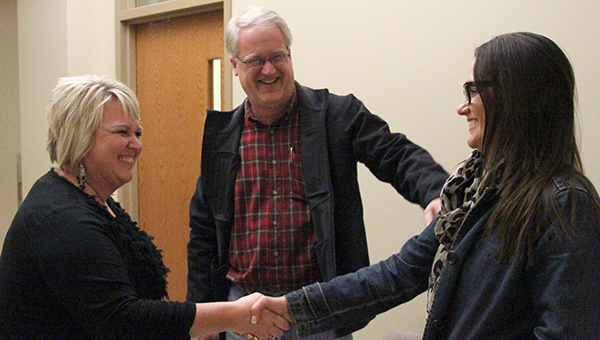 About 65 percent of Albert Lea School District voters cast their ballot in favor of an operating levy renewal in Tuesday’s election.

With 1,649 yes votes and 895 no votes, a total of 2,544 votes were cast in six polling places in and around Albert Lea. School board chairwoman Linda Laurie said she was confident the community would choose to support the school district.

“They proved that education is important to our community,” Laurie said.

Voters were out all day at the polls, which were open from 7 a.m. to 8 p.m. Albert Lean Ron Hansen said he voted for the referendum renewal.

“I figure we owe it to the youth,” Hansen said.

Mary Jane Pierson voted at Brookside Education Center, along with her husband, Mark, and both voted yes.

Albert Lea Superintendent Mike Funk said he was glad to see that more than 60 percent of voters wanted the referendum to pass. 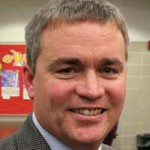 “We think people heard our message that we’ve been good stewards of their money,” Funk said. “Now we can get back to focusing on all the good things we’re doing.”

With a majority of yes votes in Tuesday’s election, the school district can renew its existing operating levy for the next seven years. The current general operating levy was voted into place in 2007. It is a seven-year levy. School officials decided to ask voters to renew the levy in 2013, even though it’s a year before the levy needs to be addressed.

“We’re not asking for more money,” Funk said. “We’re just renewing something we had.”

Funk said the district has done well at finding funding sources from other sources than local taxpayers for school updates, new technology and other school improvements.

School board member Bill Leland wished to thank voters for supporting the district.

“We will continue to be good stewards of their money,” Leland said.

“I believe that you have to invest in education,” Squires said.

At the United Methodist Church polling location, head election judge Bev Sutton said the day was off to a slow start but that it was starting to pick up and that she appreciates that voters are able to give their opinion.

“It’s good to be able to express ourselves,” Sutton said.

There were no other issues in Albert Lea to draw voters to the polls Tuesday. One question asked voters in the Albert Lea School District if they would renew a $1,166-per-pupil operating levy that provides almost 14 percent of the school district’s general operating fund. 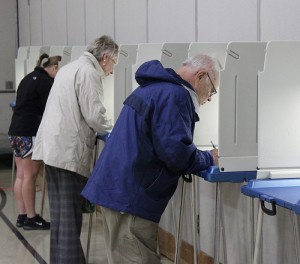 District administrators made the decision not to threaten any specific cuts if a levy referendum were to fail, and part of that is because they had two chances for voters to renew this levy. The current operating levy doesn’t expire until next year, so if the referendum had failed, the district could have asked voters again in November 2014. Funk said it was a relief that the district does not have to put the issue on the ballot again next year.

The district’s director of finance and operations, Lori Volz, said the levy renewal on the ballot Tuesday is integral to schools.

“With the existing referendum we have a balanced budget,” Volz said. “It goes to show how crucial this funding is to maintain programming.”

Taxes are going down

Levy or not, taxes are going down a small amount for taxpayers in the Albert Lea School District. Early this summer, the Minnesota Legislature approved a measure that would equalize state aid to schools. Rural schools districts like Albert Lea will receive state aid that is meant to relieve the local property tax burden. It is also supposed to help equalize the disparity between rural schools and schools that are located in places with many businesses, and therefore a bigger tax base, like metro schools.

“That is why we’re seeing a drop in the taxes payable,” Funk said. “It’s absolutely good news for the district.” 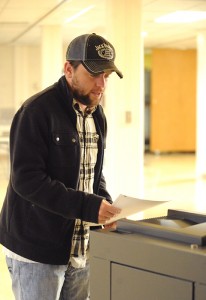 These savings will be seen on the school district portion of property owners’ statements this fall.