NORTHWOOD — A civil suit filed by the former director of the Worth County Development Authority against six members of the agency’s board of directors has been dismissed with prejudice.

Dismissed with prejudice means the lawsuit cannot be filed again based on the same claims. The dismissal was filed Nov. 14, according to online court records. 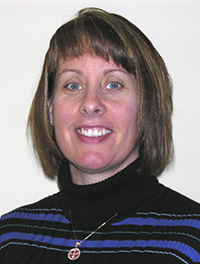 Kim Koenigs of Plymouth served as WCDA director from Sept. 1, 2003, to June 25, 2012. She filed the suit in September in Worth County District Court against the WCDA and board members Dan Reeder, Joyce Russell, Gary Christiansen, Kenny Abrams, Dean Hendrikson and Roger Gentz.

“It turned out very favorable for the WCDA and for all involved,” Abrams said.

He declined to comment on the reasons for the dismissal.

Members of the board of directors are all volunteers.

Koenigs alleged retaliation in violation of public policy, infliction of emotional distress, sexual harassment and a hostile work environment, according to court documents.