EDEN PRAIRIE — Leslie Frazier’s admirers were all over the Minnesota Vikings locker room and throughout the organization.

Credited with keeping the team on an even keel and eliciting maximum effort through several rough stretches of his three-plus seasons, Frazier rarely spoke a pessimistic word. In the NFL, though, even the class acts have a hard time staying when the losses pile up.

The Vikings fired Frazier on Monday, one year after they made the playoffs and one day after they finished a 5-10-1 season. 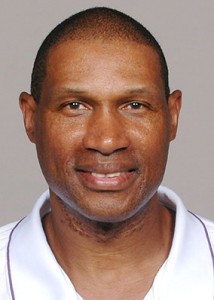 “It’s a harsh business,” safety Harrison Smith said. “As a player, we all love coach Frazier, as a coach, as a man. You can’t meet a better guy. And also as a player, we didn’t make enough plays on the field. So you just feel like you let him down a little bit.”

After going 10-6 in 2012, the Vikings were done in by a leaky late-game defense and ongoing instability at quarterback. Frazier finished 21-33-1 in three-plus years, including 8-22-1 outside the Metrodome.

Speaking to the team shortly after his dismissal, he received a round of applause on his way out.

“It was a somber moment. Everybody was really kind of quiet and really just took it all in,” cornerback Chris Cook said. “I feel like everyone is sad to see him go.”

Frazier wasn’t available for comment, but after the season-ending win over Detroit on Sunday he urged the front office to honor the remaining season on his contract and made a point to mention the quarterback problem and a lack of depth the Vikings had this year while expressing pride in the job he’d done.

Hired by Brad Childress to be the defensive coordinator in 2007, Frazier interviewed for seven NFL head coach openings over a three-year span. His chance came with the Vikings when Childress was fired in the middle of a messy 2010 season. Chairman Zygi Wilf and President Mark Wilf made the decision to give Frazier the job for good in 2011, and the owners made the final call on Monday to fire him, general manager Rick Spielman said, despite pervasive fondness for Frazier.

“He was well-respected in this building. That’s what makes the decision so difficult,” Spielman said.

Spielman touted 13 categories of possible replacements — college head coaches with NFL experience or current defensive coordinators, for example — and promised to work swiftly without panic through the interview process.

“Talking to ownership, we will be very busy. I just told them don’t plan on any stadium meetings for the next two weeks,” Spielman said.

The Vikings went 3-13 behind an ineffective Donovan McNabb and then rookie Christian Ponder at quarterback in Frazier’s first full season. In 2012, they staged a remarkable turnaround, riding Adrian Peterson to a spot in the playoffs.

Childress had his contract extended in 2009 with the Vikings on their way to the NFC championship game, but they came unglued the following fall. Wary of a similarly expensive over-commitment, the Wilfs merely picked up a fourth-year option on Frazier’s deal last January, putting him in a prove-it situation for 2013.

Spielman didn’t directly answer a question about whether he gave Frazier a quarterback and a roster he could consistently win with, but he subtly and gently brushed aside the weaknesses the coach noted the day before. Spielman also pointed out that Green Bay and Chicago played for the NFC North title on Sunday despite losing Aaron Rodgers and Jay Cutler for several games each.

“I feel very optimistic about this young talent that we have on this football team,” Spielman said.

The Vikings lost four games and tied one this season when they led with 52 seconds or less remaining in regulation, though, so quarterback was far from the only problem. Though veteran cornerback Antoine Winfield was cut last spring to save space under the salary cap, the defense that has been Frazier’s expertise faltered badly.

Players, of course, weren’t picking that apart. This was one last chance for them to speak highly of the person who happened to be their coach.

“That’s a relationship I’ll remember and have the rest of my life,” Ponder said. “And I wish him luck. He’s going to be successful somewhere.”

With two seasons as an assistant under Tony Dungy in Indianapolis, the 54-year-old Frazier came from the same mold, a soft-spoken man of deep Christian faith who has excelled at creating a culture of harmony and respect. So was Frazier too nice to thrive in this league? Defensive end Jared Allen scoffed at the suggestion.

“Don’t mistake kindness for weakness. Coach Frazier worked our butts off. Coach Frazier wasn’t always just smiles and everything like that,” Allen said, adding: “He helped me grow as a man, and for that I’ll always be thankful.”