‘Nature provides a canvas to be painted by curiosity’

“Everything is nearly copacetic. The fleas of 1,000 camels have never infested my armpits. This is a wonderful time of the year, but I feel sorry for those store clerks who have to listen to bad versions of good Christmas songs repeatedly. Back in the day when I was advised to be naughty and save Santa a trip, I got an empty box for Christmas. Pop told me that it was an Invisible Man action figure. Way back whenever, things were tough, we couldn’t even afford to have tinsel on the tree one year. Then a miracle happened. Grandpa sneezed. Things are better now. I’ve learned to leave the price stickers on the gifts I buy, but only if the prices are high enough. Christmas letters filled with humblebrag brighten my days.”

“I am impressed with your attitude,” I say. 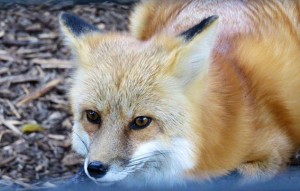 “Life can be like a blender without a cover. I’ve decided to start each day with a positive outlook. It works great and it’s easy to do. I open a new file in my computer. I name it ‘Your bills.’ Then I send it to the recycle bin. When I empty the recycle bin, my computer asks, ‘Do you really want to get rid of ‘Your bills?’ I click ‘Yes.’ It brightens my day. Merry Christmas.”

I watched a duck use its body as a flotation device in a small bit of remaining open water. Ice nearly covered its world.

It was all alone. I wondered if it were lost.

I doubted that it had ever watched “The Andy Griffith Show.”

I remembered Barney Fife and Gomer Pyle becoming lost in the woods.

Then they heard a bird call and this conversation ensued.

Gomer: That’s a lake loon, and it come from that direction. That’s what it was all right, a lake loon. The kind of loons you find at lakes. I wonder where that lake loon’s going? He’s probably heading for the lake.

Barney: Wait a minute. You know what kind of bird that was?

Gomer: Toward the lake!

Barney: Toward the lake. Don’t you understand? Instead of just sitting there you got to use all your senses. We just follow that sound, and there’s a shortcut home.

Nature provides a canvas to be painted by curiosity.

And it saved Barney and Gomer.

Dean Goette of Blooming Prairie asked why all birds couldn’t interbreed like dogs. All breeds of dog belong to the one species, Canis lupus familiaris. The dog is descended from the wolf and the evolution of such widely differing breeds has been heavily influenced by human selection. Conversely, there are about 10,500 species of birds. The difference between a robin and a chickadee is similar to the difference between a salmon and a guppy. Closely related bird species can and do interbreed, producing hybrids, but we won’t likely be seeing any gold jays soon (a cross between a goldfinch and a blue jay). 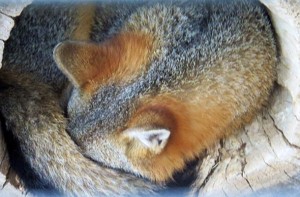 Tom “T.J.” Jessen of Madelia wrote, “I just finished reading ‘An Account of the Stephen H. Long Expedition from Pittsburg to the Rocky Mountains 1819-1820.’ It was one of the first government-funded explorations of the West after Lewis and Clark, only this time they sent out real live scientists. On their way down the Canadian River in present-day eastern Oklahoma, they encountered two ‘very common’ birds, now both extinct (ivory-billed woodpecker and Carolina parakeet). I was absolutely stunned to see the old range map of the Carolina parakeet. Is there documented evidence that they were sighted as far north as southwest Minnesota?” The Carolina parakeet, which likely became extinct in the 1930s, was often called a paroquet or parrot and favored river or swamp habitat. It was reported to be seen in the state once — in Belle Plaine in 1766. Minnesota was not in its summer range, but the Carolina parakeet reportedly had Spirit Lake, Iowa, as the northern limit to its range. That’s not far from Minnesota and the cocklebur was one of its favorite foods. Minnesota would have provided that in abundance. Were the parakeets in the Gopher State? No one knows.

T.J.’s question reminds me of the time the minister went into the Fish & Cheeps Pet Shop. The pastor was interested in buying a certain parrot as a Christmas gift.

“Are you sure it doesn’t scream, yell or swear?” asked the preacher.

“Oh absolutely. It’s a religious parrot,” the shop owner assured him. “Do you see those strings on his legs? When you pull the right one, the parrot recites the Lord’s Prayer and when you pull on the left, he recites the 23rd Psalm.”

“That’s wonderful,” said the preacher, “but what happens if I pull both strings?”

“I fall off my perch,” said the parrot.

“He is a wise man who does not grieve for the things which he has not, but rejoices for those which he has.” – Epictetus

“You can know the name of a bird in all the languages of the world, but when you’re finished, you’ll know absolutely nothing whatever about the bird. So let’s look at the bird and see what it’s doing – that’s what counts. I learned very early the difference between knowing the name of something and knowing something.” – Richard P. Feynman