America ought to move forward on biofuels

Last week, the Minnesota Department of Agriculture began a tour of ethanol plants in Minnesota to signal its support for the renewable fuel standard. 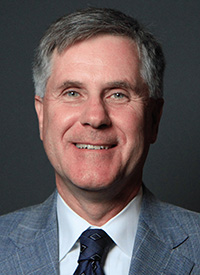 This tour, which ends next week, aims to raise awareness about a proposal by the Environmental Protection Agency that, if it becomes law, could severely and adversely impact the rural and overall economy in Minnesota.

To recap, the EPA has proposed to cut the statutory requirements for ethanol in 2014 under the renewable fuel standard, which calls for the production of 14.4 billion gallons of ethanol, by 10 percent to 13.01 billion gallons.

This is very puzzling because the EPA’s proposed requirement for this year is even lower than 2013, which was at 13.8 billion gallons, while the potential to use more ethanol is higher in 2014.

Those who support this proposal refer to the oil industry-created “blend wall” or claim decreasing gasoline sales. As such, they wrongly conclude ethanol use should decrease.

Right now, the bulk of gasoline sold in this country contains 10 percent ethanol (E10). The congressional intent behind the renewable fuel standard, however, is to have biofuels, like ethanol, comprise an ever-increasing volume of transportation fuel.

Thus, we need to decouple this notion that only 10 percent ethanol can be in the fuel mix. Fuels such as E15 (a higher octane fuel which contains 15 percent ethanol) can easily satisfy the original 2014 RFS requirements since 77 percent of vehicles on our roads today can use E15.

For Minnesota, the EPA’s proposal is bad news.

There are currently 21 ethanol plants in Minnesota, which makes us the fourth-largest ethanol producing state in the country. Given the state’s renewable energy policies going back to the 1990s and the implementation of the renewable fuel standard in 2005, ethanol has played a significant and positive role in our state’s economy.

With 1.1 billion gallons of ethanol produced annually, the ethanol industry here supports about 12,600 jobs and injects $5 billion into the economy per annum.

Should the EPA’s proposal go through, the MDA expects the state’s economy to lose $610 million this year with a loss of 1,532 jobs.

These jobs are directly linked to the ethanol industry and include personnel in the plant as well as the suppliers of products and services that help to keep the plants operating to produce clean, renewable fuel.

Not included in the calculation are farmers who provide the renewable ingredients used to produce ethanol. What will happen to these individuals and their families who run businesses in the communities where one of these ethanol plants are located?

Under the EPA’s proposal, ethanol production in Minnesota will be reduced by over 100 million gallons, causing a ripple effect that could cost the economy another $101 million in co-products, such as dried distillers grains, which is used as a high-protein animal feed.

Lower ethanol production also means consumers could stand to lose out on potential savings at the pump.

As previously mentioned, the renewable fuel standard sought to increase the availability of fuels such as E15 and in turn drive down the demand for and price of petroleum.

E15 is priced 10 to 15 cents less than regular gasoline and is available at select stations in the state. The Minnesota Bio-Fuels Association has been working with retail gas stations to increase the availability of E15.

But this momentum may be lost if the EPA’s proposed rule becomes law. Instead, it brings us backward because it sets a threshold below the current ethanol usage in Minnesota.

Ultimately, the EPA’s proposal is going to hurt our economy and consumers. It will lower the amount of ethanol used in 2014 and hinder efforts to reduce greenhouse gas emissions, save consumers money at the pump and build a strong foundation for the next generation of biofuels.

The bottom line is this: The EPA should reverse its proposed rule and stick to the original ethanol requirements Congress put in the renewable fuel standard.

We recently launched an online platform on mnbiofuels.org that enables Minnesotans to send a message to the EPA, the White House and the state’s Senate and House representatives in Washington.

Through this platform, it takes under a minute to send a message indicating your opposition to the EPA’s proposed rule. The EPA has set Jan 28 as the deadline for comments regarding its biofuel proposal. With enough voices, we may be able to persuade the EPA to reconsider its backward-looking proposal so we can keep moving forward to a more sustainable energy future with renewable biofuels like ethanol.

Tim Rudnicki is the executive director for the Minnesota Bio-Fuels Association.