Conger woman makes her own cleansers at home 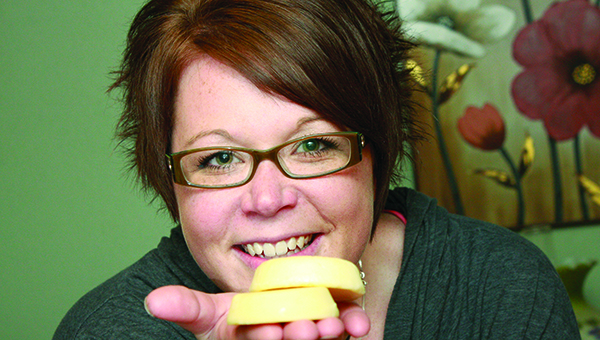 Last winter, Sara McGuire, a 27-year-old Conger resident, made a change to her lifestyle.

She decided to make her own laundry detergent as a way to save money and to be more conscious of the chemicals she was using on her body and in her home.

“It was easier and more fun to do it myself,” McGuire said.

Meanwhile, she went to a continuing education class for her job as a licensed practical nurse at Mayo Clinic Health System in Albert Lea. In the class she learned about the benefits of using essential oils and herbs, spices and other natural ingredients in everyday life instead of man-made products. 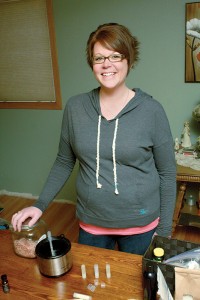 Sara McGuire of Conger started making her own personal hygiene products as
a way to save money and use less chemicals in her home.

McGuire was inspired. After seeing how easy it was to make laundry soap and learning more about natural ingredients, she figured she could make other products, too. The first thing she tried making for personal hygiene was shampoo.

“It was kind of nerve-wracking at first to use it because a girl’s hair is her hair, and you don’t know what it’s going to be like,” McGuire said.

She noticed her hair seeming healthier than before, but then it started to feel weighed down. The problem was the soap was opening the hair follicles, but there were no ingredients in the mixture to close them.

“I didn’t do enough research in the beginning,” McGuire said. “But I started looking on the Internet to see what others had done and got ideas that led to my own recipes and ideas.” 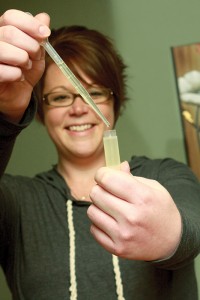 Some of the other items she started making were lotion bars, lip balm, bath salts, body butter, lotion and scrubs for face, body and hands, to name a few.

It wasn’t hard to get started, either. For the most part she had the make the products, and she found a place online to buy the natural oils and dried herbs in bulk.

There have been two things McGuire made just once. The first was soap. It turned out, but it wasn’t as fun to make it as she thought it would be.

“It was a long process,” she said. “And it can be dangerous because you use lye to make it.”

When the summer months brought mosquitos, McGuire tried making her own bug spray. It didn’t really seem to deter the bugs.

“I haven’t tried again since,” McGuire said. “Everything else has worked on the first try.”

McGuire said some people thought she was crazy when she started to make her own products, but others were interested.

“A lot of people think it’s hard; it’s really not,” McGuire said. “The hardest part is coming up with scents and what’s going to go together, but to me that’s fun. It’s like being a mad scientist.” 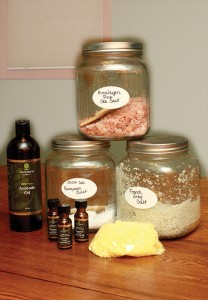 Salts, essential oils and herbs are some of the ingredients Sara McGuire uses when making her own hygiene products.

The more products McGuire made, the more friends and family inquired about having her make some for them, too. She filled orders, but also told people how they could do it themselves.

“People like to know how and why,” McGuire said. “And, nobody knows their body better than themselves.”

When she first started to make and use her own products, McGuire said she wasn’t really hesitant or worried.

“Sure you could have an allergic reaction to the essential oils, but most of the oils I have are things I’ve used in the past like lemons and oranges,” McGuire said. “It’s all basically stuff you could eat and be safe.”

McGuire said she has felt healthier with using her own goods and said she has a more even skin tone than before, such as fewer blemishes on her skin.

Not a bad result, for a changed lifestyle.