The speaker at the Martin Luther King Jr. Celebration slated for Monday is the commissioner for the Minnesota Department of Human Rights. It also is one of two speaking engagements he is making on MLK Jr. Day. 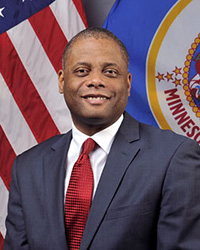 Kevin Lindsey was appointed commissioner in February 2011. His department aims to make Minnesota free of discrimination and enforces the Minnesota Human Rights Act. During his first six months, the department reduced by 20 percent the average time it takes to resolve cases of alleged discrimination. The department also began a policy of investigating all charges filed.

His law degree is from the University of Iowa. Before being appointed, Lindsey worked as a civil litigation attorney at the Ramsey County Attorney’s Office. Before that, he worked at the Minneapolis law firm of Halleland, Lewis, Nilan & Johnson.

It is the 26th year for the MLK event in Albert Lea, but for 25 years they were breakfasts. The organizing committee decided to make it an evening assembly. It begins at 5 p.m. in the lecture hall at Riverland Community College in Albert Lea and is scheduled to wrap up by 6:30.

One of the organizers, Ted Hinnenkamp, said high school students will highlight events from 1963, such as King’s letter from a Birmingham jail, the assassination of civil rights activist Medgar Evers and the bombing of the 16th Street Baptist Church in Birmingham, Ala., that killed four girls.

“The commissioner will add where are we now to the theme and will address recent Albert Lea community and state concerns regarding human rights,” Hinnenkamp said.

People in attendance can look forward to music and the announcement of the annual MLK scholarship award. Snacks and beverages will be provided.