Walz has been wrong about Obamacare

“Health care reform is a journey not a destination,” is what U.S. Rep. Tim Walz told the Mankato Free Press in November 2013 regarding Obamacare. 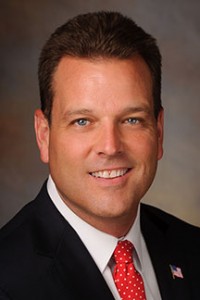 Shortly after, Politico released an article quoting Walz as “proudly stating that it took him only 19 minutes to sign up for Obamacare coverage.” Walz also told Politico that he is paying about $80 more per month in premiums, but he gets added benefits such as pediatric dental coverage for his two children.

His record sign-up time and added benefits come as no surprise to me considering Walz is offered the best health insurance Obamacare exchanges have to offer, and in-person assistance combined with phone lines designated for lawmakers only.

According to an article by Robert Pear in The New York Times, lawmakers have a larger menu of “gold plan” insurance choices than most of their constituents back home. Lawmakers have the ability to pick from 112 options offered in the “gold tier” of the District of Columbia exchange.

Aetna is offering eight plan options to members of Congress, and Blue Cross and Blue Shield is offering 16. Kaiser Permanente offers eight, and 80 are on sale from the UnitedHealth Group. Walz’s benefits’ don’t stop there; he is also offered generous contributions by the government.

Pear states that lawmakers receive up to 75 percent of their premiums from government aid with a $5,114 maximum for individual coverage, and $11,378 for family coverage.

Walz also has a number of helpful sign-up and comparison resources available to him at all times. One of which is “in-person, support sessions” being conducted at the Capitol and congressional office buildings by the local exchange and four major insurers. Walz could also log on to a special Blue Cross and Blue Shield website for members of Congress, and use a special toll-free telephone number; a, “dedicated congressional health insurance plan assistance line,” says Pear. Not to mention the fact that lawmakers participate in the local exchange known as D.C. Health Link set up right in Congress. Walz could walk down the hall and have, “concierge-type service,” as it is referred to on Capitol Hill.

Walz’s journey appears to be more of a clear path to great health insurance. While the rest of us in southern Minnesota face constant bumps such as struggling to see prices, deductibles and other details of the health plans.

In addition to these benefits, Blue Cross and Blue Shield states that its plans for lawmakers offer access to 90 percent of the doctors in the United States. Not to mention, the physician responsible for attending to Congress is conveniently located right in the Capitol. If Walz would choose to see the congressional physician, he would pay one annual fee of $576.

Walz has endless benefits under Obamacare. None of which his constituents, including myself, enjoy. While Walz seems content letting his constituents find their way through the tricky journey he voted for, I believe the constant problems are unacceptable when dealing with something as important as health insurance.

The latest problem with Obamacare is that less than one-fourth of those signed up through the health exchange are young adults. Both government and outside health-policy analysts say this falls well short of what will be required to make Obamacare sustainable.

This piece of legislation is a complete catastrophe with a steady stream of endless problems. This is why I believe Obamacare needs to be repealed and replaced with common-sense, private-sector solutions to health care.

Congressman Tim Walz has been wrong on Obamacare from the beginning, yet still stands firm in his support of the failed program. This is why he needs to be replaced this November. The folks of southern Minnesota deserve better!

Byron resident Aaron Miller is a Republican candidate seeking the 1st Congressional District seat. He is a senior account hospital manager with Revo Biologic and a command sergeant major in the Army Reserves.