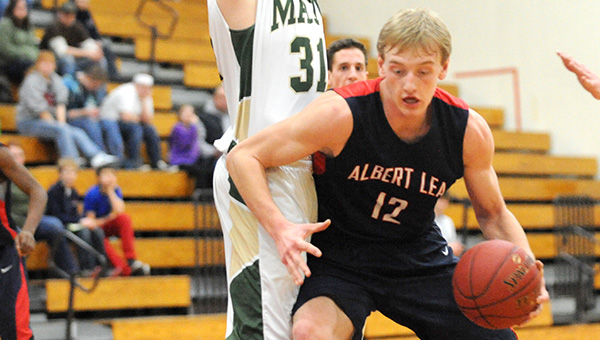 Despite playing a solid first half, the Albert Lea boys’ basketball team held a three-point lead at halftime of Friday’s game, and that small advantage dissolved quickly in the second half.

The Tigers fell 62-57 against Rochester Mayo Friday in Albert Lea. 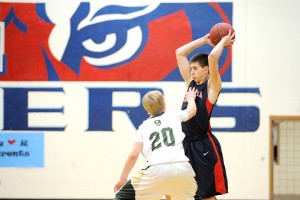 “We took really poor shots the entire second half,” said head coach Lucas Kreuscher. “You had guys forcing shots, and we never had any rhythm. That’s a credit to Mayo. But poor shot selection and not rebounding is a bad combination for us, and that was the game.”

After the Tigers took at 31-28 lead into the break.

Rochester Mayo stormed out of the gates in the second half and scored six straight points to take the lead. The Spartans extended that lead to more than 10 points before Albert Lea cut into it from beyond the arc late in the game.

Albert Lea extended the game by fouling, and cut the deficit to four points with seconds left, but Mayo sealed the deal when it picked up an offensive rebound on a missed free throw.

The Tigers had 12 points in transition in the first half and none in the second half. 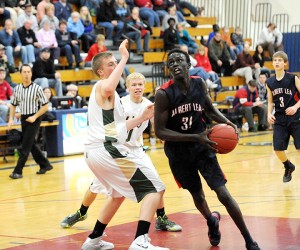 “For us to play the way we need to play, we needed to get some run outs. Obviously we were struggling to score early in the second half, and you can’t get run outs without rebounds,” Kreuscher said. “Rebounding was really the biggest thing.”

Albert Lea extended its lead by hitting two 3-pointers with about 5 minutes left in the first half, but Mayo was able to claw back and make it a three-point game.

Albert Lea (6-15 overall, 4-10 Big Nine Conference) will look to snap its three-game losing streak at 7:30 p.m. Monday at home against Waseca. The Bluejays (18-2 overall, 7-1 Southeastern Conference) are on a 10-game winning streak. Rochester Mayo is the only team from the Big Nine that Waseca played this year. The Bluejays won the nonconference game 64-57.