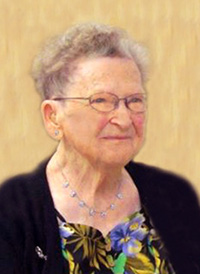 Beverly was born to Leo and Wilma Walker on Sept. 19, 1932, in Hewitt. She and Kenneth Duane Booen were united in marriage on April 19, 1952, in Hewitt. Beverly worked as a cook at Shady Lane Nursing Home, now Fair Oaks Lodge, in Wadena, retiring in 1994. Beverly’s hobbies were quilting, sewing, cooking and traveling.

Arrangements are with the Schuller Family Funeral Homes in Bertha.