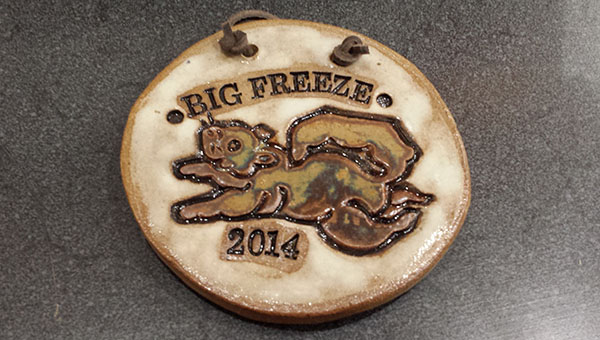 Here is today’s clue for the Big Freeze Medallion Hunt:

It’s big-time fun for one and all

Out in the snow having a ball;

It lies in the city, your sought-after prize

Hidden but not from your prying eyes.

The Albert Lea-Freeborn County Chamber of Commerce is pleased to sponsor the fifth annual Big Freeze Medallion Hunt. The medallion is a buildup to the Big Freeze winter festival scheduled for Saturday. The medallion itself was again created by local artists Jack and Eloise Adams.