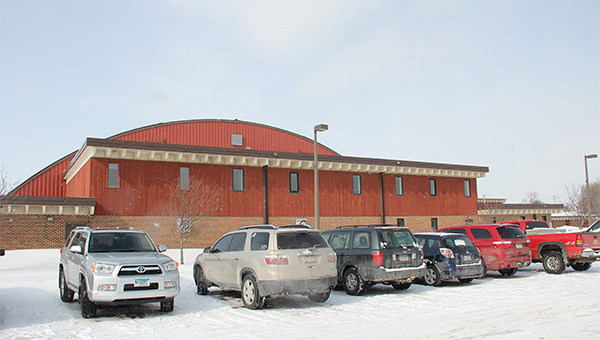 After hearing comments from a half dozen people in favor of the ban, the Albert Lea City Council voted 6-1 to approve the first reading of the ordinance.

Schulte, who previously voted against a ban of tobacco products outside City Hall, said he thinks smoking should be allowed outside the arena — but only in a designated area. He said that solution would push the smokers away from the rest of the users of the arena but would not take away those smokers’ right to choose.

The other councilors said the full ban would be in line with rules at other athletic events and would continue with a precedent already set in the community by Mayo Clinic Health System in Albert Lea, Albert Lea Area Schools, Riverland Community College and others with tobacco-free campuses.

It would apply to smoking, chewing or ingesting tobacco. Smoking inside the arena already is disallowed.

Councilors Larry Baker and Al “Minnow” Brooks said they were previously split on the issue, but after hearing the comments Monday and after talking with other constituents, they supported the full ban.

“It’s pretty obvious to me that we probably need to go the whole thing — smoke-free in my opinion,” Baker said. He noted he had three people contact him who used to smoke or who still smoke, but who were in favor of the ban.

City Manager Chad Adams said staff and the Albert Lea Parks and Recreation Department Advisory Board support a tobacco-free campus because of the proximity of youth using the facility, health concerns and out of a desire to be consistent with the ban at City Hall, among other reasons.

She said the city already limits people’s rights of free choice with speed limits, biking laws and regulations for building fires. This would be no different.

Kehr said 81 percent of adults in Freeborn County do not smoke.

Her husband, Randy Kehr, representing the National Vitality Center leadership team, said Albert Lea has reduced its county health rankings for smoking from 23 percent to 19 percent, most of which has come from increasing tobacco-free worksites. He said 35 percent of the employees in Albert Lea work on tobacco-free campuses.

He talked about the national and regional attention the community continues to receive because of the permanent health changes that have been made since the AARP/Blue Zones Vitality Project in 2009.

He said it would a step backward and the wrong message to the city’s youth to continue to allow smoking — even in a designated area.

Albert Lea Police Department Lt. J.D. Carlson, who is part of the Albert Lea Hockey Association and Freeborn County Partners in Prevention, asked the council to speak on behalf of his children and other people’s children who can’t vote for themselves.

He said the hockey association supports a full ban.

Albert Lea resident Vicki Larson, who described herself as a hockey mom, talked of a time last month when her son voiced his displeasure with walking through smoke outside the arena to get into the building.

He told her, “I hate having to hold my breath every time I have to go in there,’” she told the council.

Alice Englin, SHIP coordinator who is also a part of Freeborn County Partners in Prevention, said it is contradictory to tell the city’s youth to be more physically active but then have them walk through smoke to enter the arena.

“Our community is very health-conscious,” she said.

The ordinance becomes official if approved at a second reading, which likely will happen Feb. 24.