A celebration of life service will be at a later date. Arrangements are under the direction of Rush Family Care Service, Onawa, Iowa.

Deloris Clarine was born Jan. 3, 1927, in Hayward, the daughter of Harvey and Agnes (Jensen) Heegard. She was raised in Albert Lea, where she graduated from high school in 1945. 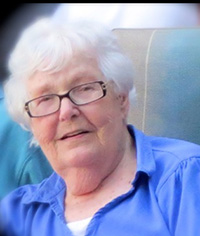 Deloris and Howard Petersen were united in marriage on Sept. 15, 1946, in Albert Lea. To this union, two sons were born, Steven and Kent. The family lived in Austin from 1951 until 1987 where she owned The Windfall gift shop. They have lived in Park Rapids since 1987.

Dee and Howard helped found the Fifth Crow Wing Lake Association, and she also wrote the “Wild Side” column for the association’s newsletter. She was devoted to her husband, children, grandchildren and great-grandchildren.

Dee loved being creative and enjoyed doing crafts and handiwork. She was an amazing artist. Dee also loved nature and going to casinos.

She was preceded in death by her parents, Harvey and Agnes; brother Luverne; twin brother, Darrel; and sister Marilyn Amerson.

Condolences may be left online for the family at www.rushfamilycareservice.com.