‘Guys on Ice’ is a laugh and song a minute

The Marion Ross Performing Arts Center will be filled with the sounds of “Did you hear the one about …?” and “Well … Lena and Ole were ice fishing when …” during the run of “Guys on Ice: The Ice Fishing Musical.”

A musical comedy that speaks directly to the hearts of many Minnesotans, it focuses on Marvin and Lloyd spending their eight hours talking about fishing, telling classic ice fishing jokes, and also helping each other with their personal lives, but in the non-direct, Scandinavian method.

Upon entering the theater from the outside snow, you are brought right back to winter’s chill as the stage is covered in snow. The audience peers into Marvin’s “shanty,” his wintry man cave of an icehouse. The set, built by Steve Kinney, is well executed and gives the personality of the typical Midwestern ice fisherman: well-used equipment, cinder blocks and boards set up as make-shift shelves. He used crates as seats and a rusty milk can and a piece of plywood for a table. The set helps develop our characters and also makes them relatable as I, myself, grew up with a father who made shelves out of cinder blocks. 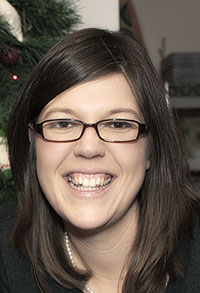 Marvin, played by Jason Howland, and Lloyd, played by Mike Compton, are the audience’s main storytellers of the show. These characters had great comedic chemistry together on stage, making them appear to be true friends. Their timing to telling each other corny jokes to the typical Midwestern, “Yeah … you know … yeah” conversation really sells the show.

Along with his strong voice, Jason Howland’s delayed reactions to Lloyd’s jokes were what really made his character of Marvin humorous.

Compton did a wonderful job of delivering the more sweet and tender moments of the show through the song “Everything is New.” The song focused on the beauty of winter and the community built through ice fishing.

The show also features Brian Mattson playing Ernie the Moocher. Brian does a great job at being that person everyone has in their life who just stops by to say hello and, of course, borrows this or that. He is most entertaining during his interactive intermission game time. A special humorous treat the audience will surely enjoy.

The director, Jerry Girton, worked on developing these characters to be relatable to the audience’s everyday life. Though the play is set in Wisconsin, Marvin, Lloyd and Ernie are all men that could be your neighbor, spouse, coworker or even yourself, which makes you feel like you’re a part of the show. I especially enjoyed the manly-yet-not-too-touchy choreography performed, helping the audience remember that these Midwestern men don’t show their emotions much.

The band, comprising Lora Virgil (musical director), Pete Jacobsen and Todd Peterson, kept the show moving with their excellent accompaniment to the actors. Except for a few sentimental songs, the music is just as delightful as the dialogue itself, especially the “Twelve Beers in a Twelve Pack” number.

It would be a wonderful date for the Valentine’s Day season, even a week late, especially for a spouse who loves the great winter outdoors. It would also be a delightful time to spend one of those chilly winter evenings enjoying some laughs with friends and then drinking a Leinie afterwards.

Molly Grimmius lives in Albert Lea with her husband and daughter. She has directed 10 productions at the Albert Lea High School.