Funeral services for LaVerne James Neitzell, of Hollandale will be at 11 a.m. Monday at Bonnerup Funeral Chapel of Albert Lea. The Rev. Jamie Cameron will officiate. Burial will be in Geneva Cemetery, Geneva. Visitation will be from 5 to 7 p.m. Sunday at the Bonnerup Funeral Chapel and one hour before the service at the chapel. 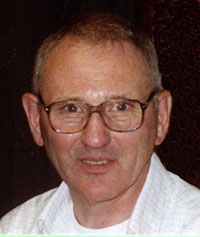 LaVerne farmed in the Hollandale area. He was employed at Wilson & Co. for 35 years. LaVerne enjoyed wood working, playing cards, fishing, hunting and trapping. He also enjoyed spending time up north with his family at the cabin.

He is survived by one daughter, Janice (Mike) Sasser, of Huntertown, Ind.; four sons, Jay (Marsha) Neitzell of Albert Lea, Vernon (Cheri) of Austin, Jon (Debbie) of Stillwater and Jim (Heather) of Boise, Idaho; 25 grandchildren; 21 great-grandchildren; one brother, Jerry (Lily) Neitzell of Ellendale; one sister, Bev Harpel, and many cousins, nieces and nephews.

LaVerne was preceded in death by his parents, wife, Kathryn, one sister, Darla Janka, and brother-in-laws Eber Harpel and Rudy Janka.