Memorial services for Lois Hankins will be at 4 p.m. Saturday, March 29, 2014, at Our Father’s House, Albert Lea. The Rev. Kevin Hartke will officiate. Visitation will be one hour prior to the service at the church. Online condolences are welcome at www.bayviewfuneral.com. 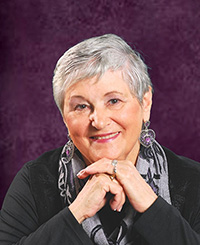 Lois Caroline Hankins of Albert Lea, was born in Clark, S.D., to Nels and Lillian Wika on Dec. 7, 1935. She was raised on the family farm. She attended elementary school in a one-room school house. She was baptized and confirmed at Clark Center Lutheran Church. She attended high school at Augustana Academy, a Christian high school in Canton, S.D., graduating in 1953. She was employed from 1953 to 1955 at Codington-Clark Electric Cooperative in Watertown, S.D., as a secretary. She graduated from Concordia College, Moorhead, in 1958. During college she worked as the secretary for the Concordia Concert Choir and Band to pay for her college education.

While in college, she met Stanley Hankins from Solon Springs, Wis., and they married on Nov. 24, 1957, in Clark. They taught two years at Clark High School before moving to Albert Lea in 1960. They lived on an acreage west of Albert Lea since 1964. During the years she was caring for their four children, Lois did substitute, part-time and adult education teaching in the Albert Lea school district, ALTEC, Gateway Cooperative Center and Freeborn High School. From 1977 until 1980, she was employed full time at the Waseca Cooperative Center in Waseca. She completed a two-year medical secretary internship program at Naeve Hospital in Albert Lea. From 1980 to 1997, she was employed full time at what is now Riverland Community College in Albert Lea as an instructor in the medical secretarial program and other business-related classes. Her students were a special joy to her. She loved teaching and returned to substitute teach at Riverland many times after her retirement.

Lois’ faith in Jesus Christ was primary. Lois and Stan served on the music team and as mission coordinators at their church, Our Father’s House, Albert Lea. They were involved in mission outreaches to Children’s Vision International, a children’s home in Bogota, Colombia; YWAM Hospital Mercy Ships in Latvia; Mexico outreaches; Costa Rica; Okontoe Fellowship in Grand Marais; Los Angeles Inner City mission; a MAPS church building project in Kauai, Hawaii; and Albert Lea Youth for Christ, plus cooking for the Youth for Christ Colorado Caravan. Lois and Stan were part of a Monday night Bible study for more than 35 years and also another social group of long-term friends. Lois was thankful for her Christian heritage and wanted to leave that legacy to her family.

Lois enjoyed keeping in contact with her family and friends through email. Her hobbies were photo scrapbooking and growing beautiful flowers in her gardens. She and Stan enjoyed bicycling, hiking and traveling, especially to see family and also working together on their acreage.

Memorials can be given to Children’s Vision International, Bogota, Colombia or to Albert Lea Youth for Christ.