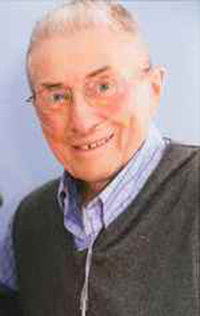 Marvin served in the United States Army from 1954 to 1956. He was employed at the Brown Printing in Oconomowoc and Badger Press in Fort Atkinson, retiring in 1995.

Marvin was a former member of the Jefferson Jaycee’s, he had coached Little League, and the women’s softball team, and he was the Euchre Champion at G-day’s.

Marvin loved his family and his God!

Funeral services will be at 11 a.m. Friday at St. John’s Lutheran Church in Jefferson with the Rev. Mark O. Bartsch officiating. Burial with military honors will follow in the Rock River Cemetery. Visitation will be at the church on Friday from 9:30 a.m until the time of services.

Visit www.schneidermichaelisfuneralhome.com to leave a condolence or light a candle in his memory.