Memorial services for Mavis L. Roberts, of rural Ellendale, will be at 2 p.m. Saturday at Bonnerup Funeral Service, Albert Lea. The Rev. Richard Spande will officiate.

Interment will be in Clarks Grove Cemetery  at a later date. Visitation will be one hour before services at the funeral home. 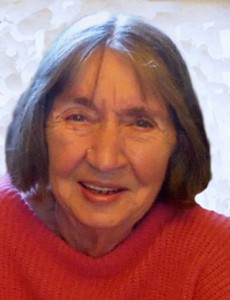 She was born on April 24, 1932, in Albert Lea, the only child of Julius and Lillian (Hanson) Nelson.

She attended school in Albert Lea. On July 30, 1949, she was united in marriage to Richard V. Roberts at the First Baptist Church parsonage in Clarks Grove.

For most of their years, Mavis and Richard lived, farmed and raised their family west of Geneva.

She had worked at Munsingwear, Geneva Sales Barn, Birdseye and Miami Margarine, but she took the most pride in making her house a home and taking care of her family.

Mavis had an “open door” policy, always welcoming people into her home and making sure they were well fed. Goulash and homemade salsa were among her specialties.

She was preceded in death by her parents and her husband, Richard, in 1996.

Mavis will be lovingly remembered for her humor and warm and  generous heart.