Musical comedy about ice fishing comes to the Ross Center 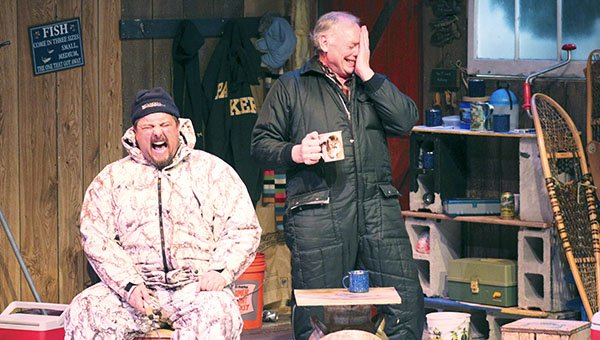 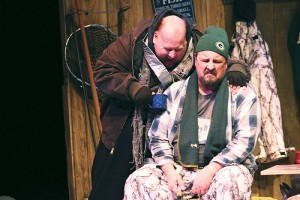 Brian Mattson plays Ernie, an ice fisherman who likes to mooch off of others in “Guys on Ice.” — Tiffany Krupke/Albert Lea Tribune

“Guys on Ice” is a musical comedy that tells the story of two ice-fishing buddies from Wisconsin who talk and sing about life, love and the one that got away. The show features the songs “De Wishing Hole,” “Ode to a Snowmobile Suit”and “Fish is de Miracle Food.”

“It has been really fun,” director Jerry Girton said. “It is a really funny show, and I think the audience will really be able to relate.”

Girton has enjoyed directing the play, which features live music. Rehearsals began in January but were slowed due to weather conditions.

Girton said the cast has had fun with the show. Howland, a Minnesota Vikings fan, played Marvin, who is a hard-core Green Bay Packers fan.

“That was really out of character for him,” Girton said. “We had fun with it, though.”

The show features serious musical numbers like singing about the beauty of a frozen lake. 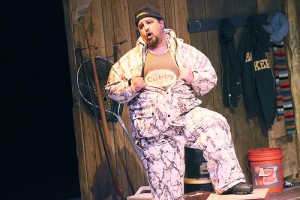 Marvin, Jason Howland, sings about what will happen after he makes it big during a dress rehearsal of “Guys on Ice.” — Tiffany Krupke/Albert Lea Tribune

Assisted by: Neil and Barb Lang