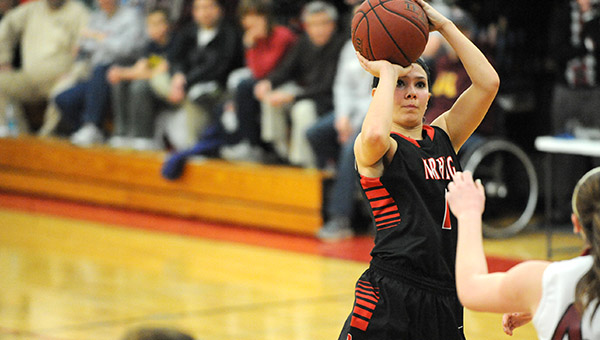 NEW RICHLAND — The NRHEG girls basketball team hasn’t lost on its home floor during the last four seasons, and during its last home game this year its crowd didn’t cheer at all, at least for the first few minutes.

Fliers were handed out at the door telling fans to wait in silence until the team eclipsed 10 points in the game. The bottom of the flier said, “Even if the referee misses a huge call, remain seated and silent. Go Panthers!”

During the first few minutes, a dull murmur resonated throughout the crowd, and everyone seemed disinterested in the game.

Then Carlie Wagner hit a 3-pointer to give NRHEG 12 points, and the crowd went bananas.

Head coach John Schultz said he didn’t know anything about the stunt and was pretty confused.

“I thought she broke another record,” he said. “It was something that I didn’t know about, but it was interesting.”

The fans got more than their fill of cheering in throughout the game, as the Panthers defeated Fairmont 77-44 in their final home and regular season game. NRHEG will move onto the Section 2AA tournament at 6 p.m. March 6. The Panthers won the state championship last year and took third the year before.

“Anything less (than another title) would be a disappointment for the girls,” Schultz said. “Our biggest thing is to get there, and then you want to get to Friday. We know at that point that every team is good. You can stink it up and be done, but one game at a time and we’ll leave all the predictions for everybody else. These girls just go one day at a time.”

Schultz said it might have been beneficial for the team to have lost a game during the season — to maybe learn a lesson — but quickly added that the group of girls he has wanted to win every game.

“It’s a lot easier doing it this way,” he said of the perfect regular season. “We don’t talk about it. Everyone else does, but we just play game-by-game.”

Senior Carlie Wagner led the Panthers with 49 points, and she drilled seven 3-pointers in her final home game, which tied a school record.

Fairmont was able to stop NRHEG’s strong fast-break offense for some of the first half. But the Panthers were able to get enough points in transition to keep the game fast paced.

“We just were not getting the right situation defensively,” Schultz said. “They were back, but usually we still can get (the fast break) going. We had the break just enough times to kind of break the bubble. Just the threat of going deep takes kids off the boards.”

Taking Fairmont players off the boards led to a huge rebound advantage for NRHEG. The Panthers out-rebounded Fairmont 44-22, despite being outsized. 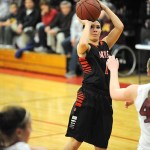 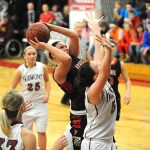 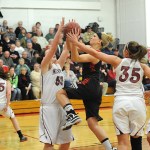 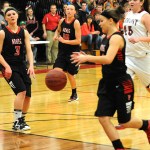