Parents remember son who loved farming and the outdoors 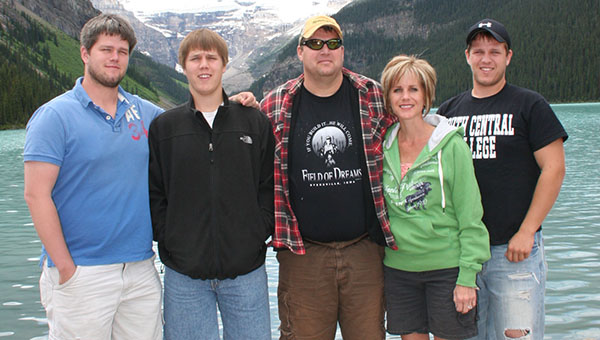 Jordan Mutschler, far right, poses for a picture with his parents Jon and Jennifer and brothers Brandon, left, and Blake on a family vacation. — Submitted

BRICELYN — Jordan Mutschler’s time on earth may have been cut short, but he still managed to make an impact on the lives of nearly everyone he came across.

Jordan passed away after a snowmobile accident in northern Minnesota on Dec. 15. He was 22. He is survived by his father, Jon, mother, Jennifer and brothers Brandon and Blake.

From the time he was a young boy, it was easy to see that Mutschler was destined to be a farmer. Growing up on a farm in Bricelyn, Jennifer said Jordan would see his dad going out into the fields in a combine or tractor and say, “I got to get my butt moving,” and go join him.

“He was a farmer from the get-go,” Jon said. “He was 100 percent a farmer. He loved being out in the tractor, and he was always around when we were doing farm work.”

Jon said they never had to assign Jordan chores to do on the farm; he just always wanted to help out. 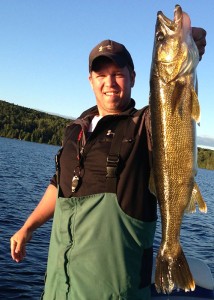 “If you couldn’t find him, you knew he was out doing something,” Jennifer said. “He was out checking out the hogs or something, and that was when he was 2 or 3 years old.”

The little boy’s interest in agriculture never went away. In high school, Jordan farmed 80 acres by himself as a FFA project, at the age of 16. He was on the United South Central football and baseball teams. Jon said that Jordan wasn’t the greatest baseball player, and he knew that, but he just wanted to be on the team to be able to spend more time with his friends.

“It didn’t bother him that he didn’t play a lot,” Jon said. “He was just there to be with his friends and to support the team.”

After graduating from USC in 2010, he went to South Central College in Mankato and got a degree in agricultural management. Jon said that he opted to go the two-year college route so he could come back earlier and help out on the farm.

“We really needed help on the farm, and he was so good at it.” Jon said. “It was just natural to him. He considered not doing any schooling but decided that he’d do at least two years at South Central.”

Jon said that college took Jordan’s passion for agriculture to the next level and said if he wasn’t with his friends he was out walking a field.

Along with farming, Jordan had a passion for the outdoors that included fishing, hunting and snowmobiling.

“He fished with us ever since he was old enough to hold a pole in his hand,” Jon said.

Jennifer added that during one of the family’s fishing trips to Canada, Jordan caught a trophy walleye and was so happy that he started to cry.

The day he died, his father said he was trying to put enough miles on a new snowmobile to be able to take it to Big Horn Mountains and ride the next weekend.

The Mutschlers said that their son could hold a conversation with anybody and said he truly cared about everyone he came across. They cited a story where they asked Jordan to take a rent check over to their elderly neighbor and he stuck around for a couple of hours and chatted with him.

“He was just dropping something off for us and ended up talking to this 96-year-old man for two or three hours,” Jon said. “That’s just the kind of kid he was.”

Jennifer said that Jordan’s two college roommates credit him for making them the men they are today because he taught them both how to hunt and fish and was always the one who got them off the couch and out doing things. Further proof that Jordan hated sitting around.

“He genuinely cared about people,” Jennifer said. “He was always a friend to the underdogs. He was someone that uplifted people when he knew they were down.”

Jon said the phrase he said at Jordan’s funeral service was that “he was a better person than we even knew he was,” because he’d do so many selfless things for people that his parents didn’t even know about.

“He’d do it quietly. He’d never do it for show,” Jon said. “He just did it because he wanted to be friends with them or because he thought that it was the right thing to do.”

Funeral services for Jordan were held Dec. 21. Both Jon and Jennifer said that the outpouring of support from everyone in and around the Bricelyn area was unimaginable.

“I didn’t think that it would be as overwhelming as what it is,” Jennifer Mutschler said. “I didn’t expect the outreach from people that I have no idea who they are.”

Jennifer added that the death of her son made them realize how many people he was friends with and how many lives he had touched. Jon said he expected an outpouring of support because of the tragic nature of Jordan’s death, but said what came and is still going on today is “beyond our wildest dreams.”

“I don’t know if you can use ‘dreams’ in this situation, but it was way beyond our expectations,” Jon Mutschler said. “The support that we’ve had has been remarkable.”