Memorial services for Sherman H. Bendickson, 81, of Oakland, will at 2 p.m. March 1, at the Oakland Lutheran Church. The Rev. Matt Williams will officiate. Interment will be in the Oakland Lutheran Cemetery. Military honors will be accorded by the American Legion and VFW honor guard. Friends may greet the family one hour prior to the service at the church. Online condolences are welcome at www.bayviewfuneral.com. 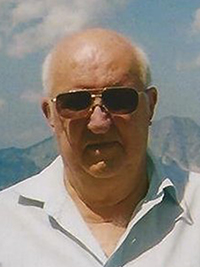 Sherman died on Friday, Feb. 7, 2014, at the Fieldcrest Care Center in Hayfield.

Sherman Harlan Bendickson was born on March 3, 1932, at St. Olaf Hospital In Austin, the son of Anders and Bergie (Hulegaard) Bendickson. He was baptized and confirmed at the Oakland Lutheran Church. Sherman graduated from Austin High School in 1950. Following high school, he farmed for a short time. In 1952, Sherman joined the U.S. Army and served in the Korean War. Following his discharge from the service he returned to the area. Sherman worked for Winnebago Industries and Hormel. He had various other jobs in his retirement including sales, driving a school bus and volunteering for Ride Services. Sherman enjoyed traveling and sight-seeing. He was interested in the historical society, and liked working with stained glass. He was a member of the Solos Club in Albert Lea and often went camping and played cards with the group. Sherman also enjoyed hunting and fishing.

Sherman was preceded in death by his parents Anders and Bergie Bendickson.