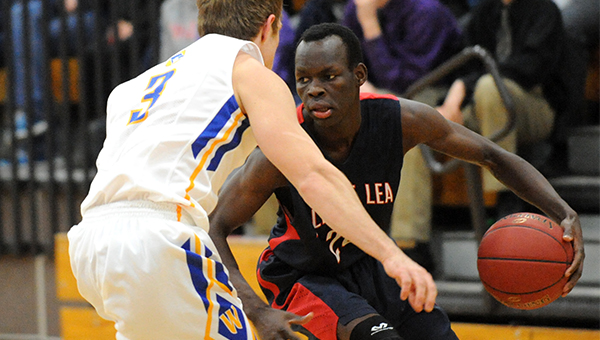 The Albert Lea boys’ basketball team lost by its second-worst scoring margin of the season Monday at home against No. 4 Class AA Waseca.

The Tigers were defeated 76-39 by the Bluejays.

The 37-point loss was only rivaled by a 67-28 loss in Albert Lea’s second game of the season at New Prague. 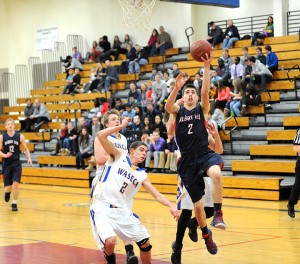 Jakob Kilby of Albert Lea takes the ball to the rim Monday at home against No. 4 Class AA Waseca. Kilby had five points, two rebounds and three steals in the Tigers’ loss. — Drew Claussen/Albert Lea Tribune

The Tigers trailed 35-20 at halftime, and they lost more ground in the second half.

Tesloch Kuey was Albert Lea’s only player to score in double figures. He led the team with 13 points and seven rebounds. Cody Scherff added six points, four rebounds and two assists. Jake Kilby had a team-high three steals to go with five points and two rebounds.

Before the opening tip, Waseca (20-2 overall, 7-1 South Central Conference) won 11 straight games by an average of 27.7 points per contest.

In a matchup on Feb. 3 — the first time the Scarlets and Tigers met this season — Mankato West snuck away with an 83-76 double overtime win at Albert Lea.

“I anticipate that it’ll be the same thing, and I know the guys are going to be completely focused,” Kreuscher said. “We’ll have a better feel defensively the second time around.”

The Scarlets are coming off a 71-52 loss Friday at Rochester John Marshall.