To light up or not to light up? 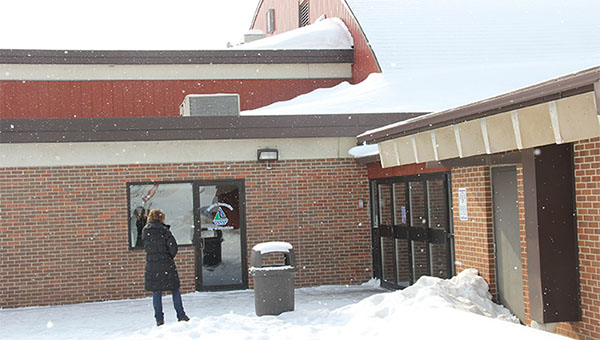 A woman talks on her cellphone Saturday outside City Arena doors in Albert Lea. People sometimes smoke outside the arena, though usually away from the doors. Albert Lea High School plays its hockey games in the city-owned facility. –Micah Bader/Albert Lea Tribune

Should smoking be allowed outside City Arena in Albert Lea?

That’s the issue the Albert Lea City Council will take up Monday night during its first meeting of the month.

A little more than a year ago, the council voted to prohibit smoking and use of tobacco products outside City Hall and in the parking lots adjacent to the building.

City Manager Chad Adams said staff and the Albert Lea Parks and Recreation Advisory Board are in favor of a tobacc0-free campus at the arena as well because of the following issues: concerns about the proximity of youth using the facility, enforcement difficulties, health concerns and to be consistent with the ban at City Hall.

Adams said some of the council is in favor of allowing smoking but only in a designated area north of the building. He said the councilors have questioned the role of government in legislating such an issue.  Adams said the Albert Lea Hockey Association, National Vitality Center and supporters of the Statewide Health Improvement Program are in favor of the smoking ban.

Members of the public are invited to share their opinions either for or against. This would be the first of two required readings of the ordinance.

“There’s a lot of youth activities, including school activities there,” Adams said. 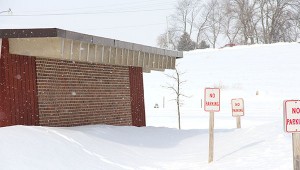 The area, presently covered in snow, on the northwest side on the City Arena is being considered as a designated smoking area.

During the same meeting, the council is slated to hear comments about the proposed changes to the city’s skate park.

Adams said staff will give an overview of their recommendations for the park and then open the meeting for public comment.

A team of staff formed to review concerns at the park are recommending against its relocation. Instead, the team  has recommended upgrades at the skate park, which is presently at City Beach.

Some of the changes include installing additional security lights in the parking lot and skate park; removing park hour signs and displaying only the skate park hour signs; actively policing the area and giving a two-week warning period before police cite violators; closing the park for a determined amount of time if problems persist and considering hosing a kickoff each summer to go over hours, rules and enforcement.

The staff recommendations were presented last month after concerns about the skate park became a point of controversy last fall.

At that time, city officials received one petition in favor of moving the park and one against. The residents in favor said they have dealt with loud noise and profanity and that skaters are showing up outside of regular hours.

Residents against moving the park questioned whether relocating it to Frank Hall Park would be a poor mix of age groups, where there are often more serious crimes.

The council will not take action that night.