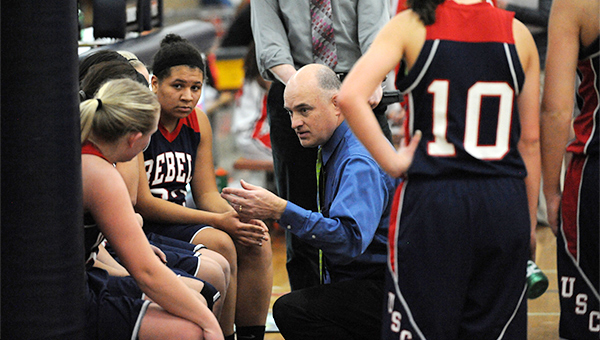 WELLS — The United South Central girls’ basketball team pounded Bethlehem Academy for the second time this season on Tuesday, but that’s not what had the Rebels sideline beaming after the final buzzer sounded.

“We really wanted to get this one for our coach,” said USC forward Anissa Janzig, who led the Rebels with 17 points. “We had everything planned out, so there was a lot of pressure.”

Hendrickson was presented with balloons, a baseball cap and a cake after the game. He said coaches at the junior high level and his assistant coaches, Dale Koestler and Lauren Schuster, played a big part in his team’s success.

“One hundred wins to me is no better than 99 or 101,” Hendrickson said. “It just means I’ve been around for a while, and I’ve had some pretty talented players in those six years of coaching.”

USC crushed Bethlehem Academy 69-43 on Jan. 14, but the Cardinals’ Keely Skluzacek hit a 3-pointer at the halftime buzzer to make the rematch closer. The Rebels led 25-17 at the break.

“Even though we beat them pretty handily the first time, we knew we had to come in here and work hard,” Janzig said.

In the second half, the Rebels scored from the perimeter to compliment their success in the paint and fuel a 36-15 run.

“Tara (Bauman) hit some shots and made them come out a little bit,” Hendrickson said. “That helped open it up for us on the inside.”

Bauman, one of three seniors on the Rebels roster, was injured in the second half. She had eight points, five rebounds and five assists.

“We’ve got a player who’s out, and hopefully she’s able to come back,” Hendrickson said. “That’s my No. 1 concern right now: how Tara’s doing.”

Janzig was one of three USC players who scored in double figures. Shianne Robertson, a freshman, had a double-double with 15 points and 12 rebounds, and Lauren Allis, a sophomore, had 10 points, six rebounds, three assists and two blocks.

“We had a big size advantage, and we knew we should get it into the post as much as possible,” Janzig said. “When they started collapsing in on us, we knew we had to pitch it back out to the wings.”

After losing two straight games for the first time this season — a 57-48 loss at Waterville-Elysian-Morristown and a 60-58 overtime loss at Blooming Prairie — the Rebels rebounded with two straight wins.

USC (15-6 overall, 8-5 Gopher Conference) is second in the 10-team Section 2A South Division standings. The Rebels are 4-0 in section play. Mankato Loyola (19-2 overall, 9-0 Valley Conference) is first in the section standings with a 12-0 section record.

The Rebels have four regular season games left before the section tournament starts. Next, USC will host Maple River at 7:15 p.m. Thursday. The Rebels beat the Eagles 61-22 on Jan. 17. 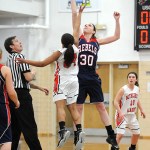 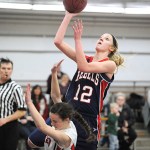 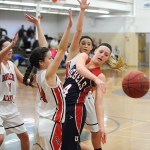 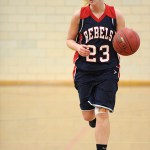 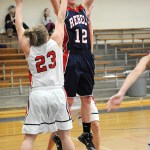 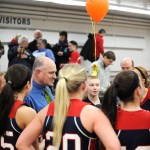