With over 45,000 jobs created last year, one of the lowest unemployment rates in the country, and a projected budget surplus of over $800 million, Minnesota’s economy is heading in the right direction. There’s much more work to do of course, but all signs show that we are on the path to a brighter future.

However, half our state’s population is not sharing in the prosperity as much as they should.

Women living in Minnesota — our mothers, sisters, daughters, and grandmothers — face disproportionate barriers to basic economic security, creating an unnecessary (and preventable) drag on the overall health of our economy. 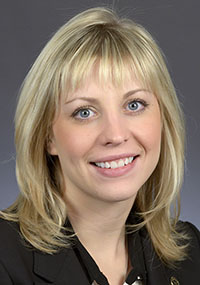 For example, a recent study by the University of Minnesota’s Center on Women and Public Policy found that families headed by women are four times more likely to be living in poverty and that women earn a median pay of 80 percent of what men earn in our state.

In Greater Minnesota, that disparity grows even larger. Women living in northeastern Minnesota, the part of our state I represent, make on average only 73 cents for every dollar a man makes. And that only scratches the surface of the problem we face.

• Sixty-three percent of low-wage workers in Minnesota are women. Raising the minimum wage to $9.50 would increase the income of 203,000 working Minnesota women.

• Despite the fact that women are earning a majority of post-secondary degrees, they are still clustered in low-wage job sectors. Of the individuals who complete two-year construction, mechanical, or precision production programs, fewer than 4 percent are women. Women are also underrepresented in the field of computer science. Only 17 percent of computer science bachelor’s degrees earned in Minnesota go to women.

• Women remain the primary caregiver for children, and for ailing relatives or a parent. In fact, 75 percent of Minnesotans who provide 20 or more hours per week of regular unpaid care to a friend or family member are women. Many jobs do not provide the needed flexibility or paid leave that women — and men — deserve.

In order to ensure that women in Minnesota have equal opportunities to succeed in areas like employment, wages, education, and housing — and to grow our state’s economy overall — DFL lawmakers are introducing a series of bills known as the “Minnesota Women’s Economic Security Act of 2014” in the upcoming Legislative Session, which kicks off on Feb. 25.

DFL leaders unveiled this package of legislation last week at a Women’s Economic Summit in St. Paul, an event organized by a diverse coalition of public advocacy groups committed to the improvement of economic security for women in Minnesota.

Among the legislation’s top priorities are:

• Closing the gender pay gap by requiring private businesses that contract with the state to report on pay equity within their workforce.

• Increasing income for working Minnesotans and their families by increasing the minimum wage to $9.50.

As the chief author of the comprehensive legislation, with Senate President Sandy Pappas authoring the Senate bill, I am hopeful that lawmakers from both sides of the aisle will work together to improve the lives of women in our state – because when women have equal opportunities to succeed, it means stronger families, stronger communities, and a brighter economic future for every Minnesotan.

The economic barriers women face were not created overnight. And they will not be fixed overnight, or even in a single Legislative Session. But Minnesotans don’t back down when confronted with a challenge.

When future generations look back at the problems Minnesota faces today, don’t we want to be able to look them in the eye and say we took action and worked hard to make our state better?

State Rep. Carly Melin, DFL-Hibbing, is in her second term and also serves as an assistant majority leader.