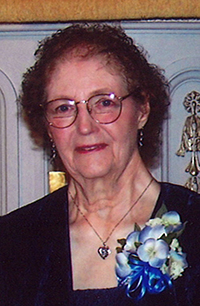 She graduated from Aplington High School and received a teaching certificate from Calvin College in Grand Rapids, Mich. She later earned a Bachelor of Arts in elementary education and library Science from Western Michigan University in Kalamazoo, Mich. She taught at Hollandale Christian School, was a teacher of the hearing impaired in Edgerton, a school librarian in Clara City and a public librarian in Prophetstown, Ill.

Services will be at 11 a.m. Tuesday at Richardson Funeral Service in Cedar Falls, with burial in Clarks Grove Cemetery in Clarks Grove.Visitation is from 4 to 7 p.m. Monday at the funeral home.

Memorials may be directed to the family.

Condolences may be left at www.richardsonfuneralservice.com.