Adventure is just a way of life in Alaska 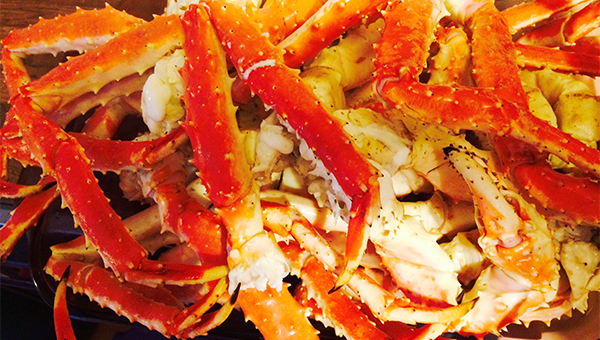 In the past few years, old man winter has been determined to make sure we will not forget him. Last year, I fished the opener on a lake that was still half ice-covered, and now we’re experiencing below-average temperatures for this time of year. Almost everyone these days is ready for summer, and they wonder if winter will ever end. I guess that’s just speaking Minnesotan!

Although I’ve never been fortunate enough to visit Alaska, I usually speak with my brother-in-law Lynn Johnson, who is from Nome, Alaska, at least a few times a week. Those conversations usually make me feel a little better about our weather here in Minnesota. The last few years, however, it seems as if we’ve been getting Nome weather, and they’ve been experiencing Southern Minnesota-type weather. When we were going through that run of below-zero weather, Lynn would call periodically to remind me that it was in the ’30s in Nome. This coincides with our runs of 90-degree weather when he’d make sure that I knew it was also beastly hot in Nome — 70 and sunny to be exact.

This winter, he said he was actually wishing for a little more snow, which I believe they’ve finally been getting in the past few weeks. Lynn likes to hunt, fish and trap in the winter months, so a normal Alaskan winter is something that he looks forward to. Lynn told me he set a few beaver traps and put out a few crab pots that already yielded some results. Last year, he caught quite a few foxes, so I asked him if he had any plans on trapping them this year. He told me there haven’t been as many foxes around this year as there were last year, and the weather just hadn’t been very cooperative.

This past weekend, he and his wife, Margaret, who everyone calls Sister, set out on a snowmobile trip to hunt caribou and do a little fishing. They went north out of Nome heading to their cabin in a remote part of the area. After going about 70 miles, they arrived at the village of White Mountain which is still about 30 miles from the cabin. He was pulling a sled with provisions on it. When he came to a stop, the sled he was towing jackknifed, and he ended up rolling the snow machine and busting the windshield. Luckily, he wasn’t injured and with the help of the store owner was able to upright the machine and fix it. After filling it with gas and oil, they were on their way again.

After they settled in at the cabin, they went hunting for caribou and managed to bag one. Most of their time, however, was spent fishing, which he said proved to be the best ice fishing he had in few years. They caught some dandy pike, limited out on grayling and also caught some ling cod. He said they had a great meal of fish while they were there. Knowing the way that Sister can cook, I don’t have any doubt about that.

After a few days, they headed to Gallivan, which is Sister’s home town and where her mother still resides. Gallivan was 56 miles by snow machine from the cabin. They spent that night at Gallivan and then started the 92-mile trip back to Nome.

Along the way, they broke the hitch for towing the sled at least twice. Lynn was able to use a rope to connect the sled to the snow machine and make it work the rest of the way back to Nome. With all the trouble they had, it took them about five hours to get home.

The first thing Lynn did after getting back to Nome was check his crab pots. He said he caught a few but was optimistic that using some better bait, herring, he would get better results. I’m looking forward to getting a picture of a full crab pot in the near future.

Lynn retired in February, and if you’re retired and an outdoorsman like him, there couldn’t be a better place to spend your time. I’ve always considered myself a fairly active outdoorsman, but I believe Lynn takes it to another level. Many of the experiences he had would seem more like an adventure than an experience.

Lynn also has a plane — or two or three — and flies quite a bit in the summer. Along with flying, his boat is always a big part of his summer, and he uses it to fish. It also helps him get to hunting areas that are more easily accessible by water. I believe if you made a documentary about some of Lynn’s adventures, it would be a pretty darned good one.

Until next time, it’s spring — according to the calendar — so get out and enjoy the outdoors.