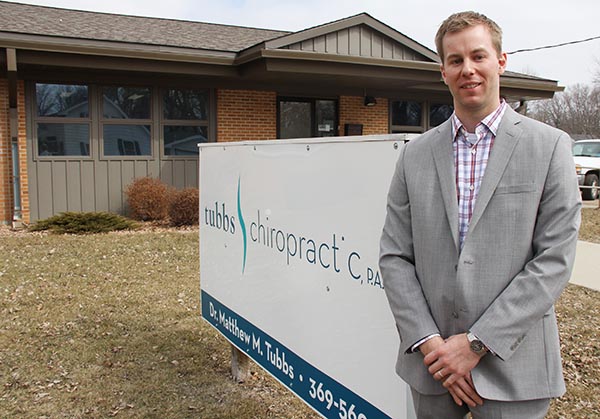 An Albert Lea chiropractor has purchased the former Freeborn County American Red Cross building on Fountain Street with hopes of opening at the new location in April.

Matthew Tubbs started Tubbs Chiropractic five years ago at 226 W. Clark St. after graduating from the University of North Dakota and Northwestern College of Medicine. 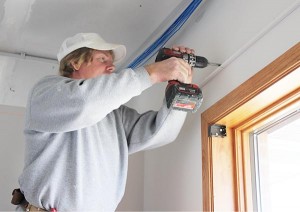 He said his business has grown “by leaps and bounds” since it first opened, so when he saw that the former Red Cross building was put on the market, he jumped at the opportunity to get into the new building.

He declined to give the sales price.

Tubbs said the building, at 1608 W. Fountain St., will have double the amount of space inside than he is used to, which will result in larger treatment rooms.

“I thought it would be a good opportunity to expand and have better parking for the patients,” he said. “When we see people, it’s nice to have them park close, get treated and be able to go about their day.”

The building is undergoing renovations inside, including fresh paint and some new walls, completed by contractors with Bruce Stadheim Construction. A new sign was installed in front of the building last week. 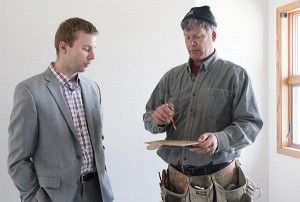 The west part of the building will be for the chiropractic business, while the east portion — a 450 square foot office — will be rented out.

Tubbs said he looks forward to his future in the building.

“I enjoy meeting people in the community,” he said. “That’s one of the most rewarding parts. You’re treating them, but you’re getting to know them, too.”

He said he plans to open April 21.

Tubbs is married to his wife, Brie, a physicians assistant in orthopedics at Mayo Clinic Health System in Albert Lea. They have one daughter, 8-month-old Wynn.

He volunteers as an assistant coach for a youth hockey team and enjoys playing golf when he is not working.

His parents are Steve and Debbie Tubbs.