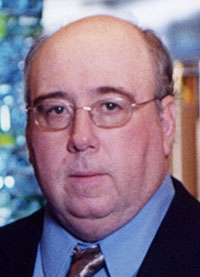 Andy was born Feb. 27, 1951, in Fairmont to Lawrence and Viola (Miller) Sorensen.  He graduated from Wells High School in 1969 and went on to serve in the U.S. Army from 1971 to 1974. While in the Army, Andy earned certificates in law enforcement and went on to Rochester Community College to earn his associates degree in law enforcement. In the late ’70s Andy worked for Wilson Foods in Farmstead. In the early ’90s Andy went to Riverland Technical College to earn his electrical certificate and went on to work at Viracon in Owatonna.

Andy was united in marriage to Barb (Behr) Sorensen on June 21, 1980, at St. Theodore’s Catholic Church in Albert Lea. Andy had one daughter Kari Sorensen.

Andy enjoyed being an active member of his community and helping others when and where he could. Andy was a Jaycee in the 1970s and 1980s where he served on various board positions and was chapter president in 1984 and 1985. Andy joined the American Legion in the 1990s, and enjoyed serving in their color guard. Andy also joined the band boosters in 1997 and traveled with the band as a guide for the band’s color guard. He then served on the original planning committee of the Festival of Bands during the years it was active in Albert Lea.

In his spare time, Andy enjoyed hunting and fishing. Additionally, Andy enjoyed using his woodworking skills to build furniture for family members and anyone else who asked. Andy had an extensive model railroad collection in his basement that kept him busy after his stroke and during his retirement. He loved spending time with his family and friends.