View the top photos from the boys’ basketball season that weren’t published in the Tribune’s print edition. 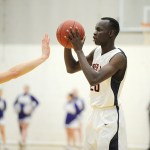 Tesloch Kuey of Albert Lea looks to pass the ball with a hand in his face during the Section 1AAA quarterfinals on Feb. 27 at Red Wing. The Tigers finished the season with a 6-21 record. — Micah Bader/Albert Lea Tribune 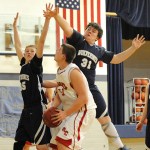 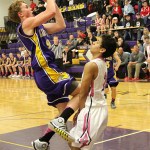 Hunter Kingland of Lake Mills shoots over a defender from West Hancock on Jan. 31 during the North Iowa Conference Coaches vs. Cancer event. The Bulldogs finished the season with a 16-7 record. — Drew Claussen/Albert Lea Tribune 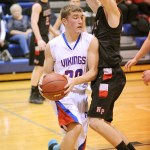 Josh Einertson of Northwood-Kensett looks to pass the ball around a defender on Jan. 7 against Nashua-Plainfield. The Vikings finished with a 7-15 record. — Micah Bader/Albert Lea Tribune 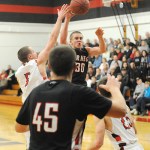 Spencer Tollefson of NRHEG finds Kevin Kalis on the block on Jan. 13 against St. Clair. The Panthers finished with a 19-7 record, their most wins since the 2009-10 season. — Drew Claussen/Albert Lea Tribune 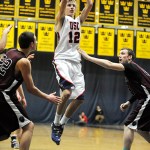