By Jim Litke, The Associated Press 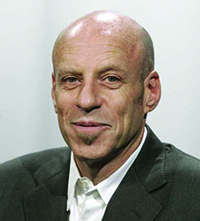 Four years after they played for the gold medal in what might have been the best hockey game ever, Canada and the United States wound up separated by a single goal again at the Olympics. But make no mistake, this 1-0 semifinal win Friday night by what looked like the real Big Red Machine wasn’t nearly as close.

The frenzied atmosphere that almost boiled over inside the arena in Vancouver in 2010 never got above a low simmer here. This was more like Buffalo at Columbus on a Tuesday night in April. Either because the Russian fans who bought tickets hoping to see the home team weren’t motivated enough to take sides, or more likely because enough visiting fans couldn’t get in, the dueling chants of “Ca-na-da!” and “U-S-A!” rarely rose above a dull roar.

Credit the Canadians for that. They took the Americans’ heart early, used superior depth to pour wave after wave into the attacking zone and turned the game into a grind.

“They came at us with 20 guys. They came at us with speed and they came at us for 60 minutes and that was a fast game. That was as fast a game as I’ve ever been a part of,” U.S. coach Dan Bylsma said. “There was lots of speed out there, up and down the ice, and we weren’t able to counter that as much as we’d like.”

That’s because the Canadians methodically sapped what remained of the Americans’ energy after the early surge by taking away the legs of Phil Kessel and Patrick Kane, the only two U.S. skaters fast enough to get behind the defense and hurt them.

Kane, who stands 5-foot-11 and weighs 180, got plastered along the left boards by Rick Nash — 6-4, 220 — some 12 minutes into the second period and headed for the bench wincing, all the while trying to shake off the effects of the hit. The speedy Kessel evaded most of the shots aimed at him until the closing minutes, when 6-3 Corey Perry lined him up right in front of Canada’s bench with three minutes left, but the blow turned out to be telling.

In between, the Canadians showed just how in control they were when Ryan Getzlaff and Perry, who are teammates on the NHL’s Anaheim Ducks, played a nifty little game of keep-away deep in the U.S. zone. They exchanged three back-and-forth passes in sequence between them, using the backboard behind goalkeeper Jonathan Quick like an extra player while the Americans looked on helplessly.

The U.S. players never really caught up to the play anywhere else on the rest of the rink, either. But if they’d moved nearly as fast on the ice as they cruised through the interview zone afterward, they at least might have forced overtime.

“A lot of teams sit back on the big ice,” U.S. defenseman Brooks Orpik said. “They didn’t sit back, that’s for sure.”

That left Orpik and the rest of the defense retreating more than they had against anyone else all tournament.

“I don’t think our forwards up top held onto the puck as much as they would want to, to try and create, but (the Canadians) were doing a good job of boxing out and blocking shots,” defenseman Ryan McDonagh said. “We didn’t get too many second opportunities.”

But then, too few of their first opportunities were worth bragging about, either.

The talent deficit was apparent by the end of the first period, simply by looking at the names of the backs of the jerseys the two coaches trotted out.

When U.S. defenseman Ryan Suter went to the box for holding Jeff Carter’s stick, Canada managed to get off three good chances, one by Drew Doughty and another by Patrick Sharp, each of them off plays orchestrated by Sidney Crosby. When the Americans got their power play five minutes later, the only U.S. player who might have been called over to Canada’s side in a game of “Red Rover” was Kane.

Less than two minutes into the second, Jamie Benn, one of the last players added to the roster, provided all the wiggle room Canada needed. Benn played the puck from the left board to defenseman Jay Bouwmeester, then headed to the right side of the net. Bouwmeester drew the defense in, then slid the puck instead to Benn, who deflected it past Quick.

“There were better chances than the goal,” Bylsma said afterward — a back-handed compliment of sorts. “A lot of those better chances our guys got in the way of and blocked shots.”

That was the way the USA Hockey selection committee went about picking a team, lots of defensive-minded forwards and “glue guys.” Or as general manager David Poile said at the time, “We picked the 25 players we thought gave us a chance to win the gold medal.”

With so few stars and so many role players, what they apparently forgot to sort out was whose job it would be to score.