The vote came after the council two weeks ago tabled its decision out of a concern about unanswered questions and a need for more public input. 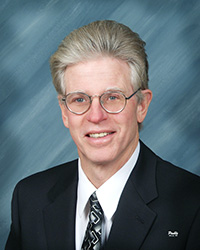 A few of the councilors said though they thought there needs to be further review of the Shell Rock River Watershed District — which oversees the generated tax dollars — they still supported the extension.

The tax, which was approved by more than 80 percent of voters in 2005, is used for lake improvements under the Shell Rock River Watershed District. One of the main goals is to dredge Fountain Lake.

“We’re excited to take the approval forward and show at a state level what we want to accomplish,” said Albert Lea resident Laura Lunde, president of the Lakes Foundation.

extension will come before the House Property and Local Tax Division today under a bill authored by District 27A Rep. Shannon Savick, DFL-Wells. The extension ultimately has to be approved by the Legislature.

The proposal calls for the tax to expire once the $15 million threshold is met — or at the end of five years, whichever comes first — at which time organizers may call for a formal referendum to renew the tax.

Lunde and a few of the councilors said the discussion about the extension has opened dialogue between city staff and the Watershed District’s board.

The Albert Lea-Freeborn County Chamber of Commerce’s board of directors has also signed a letter of support.

“Knowing that the watershed’s work remains incomplete and being anxious to see the work continue, the board of directors has unanimously voted to support legislation extending the sales tax to collect the full $15 million in revenue,” wrote chamber board chairwoman Stephanie Haedt.