Funeral services for Dean Curtis Larson, 56, of Albert Lea will be at 2 p.m. Tuesday at the Bayview/Freeborn Funeral Home. The Rev. Randy Baldwin will officiate. Interment will be in East Freeborn Lutheran Cemetery in the spring. Visitation will be one hour prior to the service at Bayview. Online condolences are welcome at www.bayviewfuneral.com 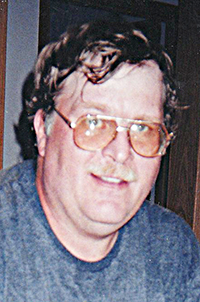 Dean Curtis Larson was born in Albert Lea on Sept. 8, 1957, the son of Casper and Marge (Nesse) Larson. He grew up on his parents’ farm and graduated from Albert Lea High School in 1975. He was a graduate of the Albert Lea VoTech and worked in the laboratories for several different canning companies. Dean served in the U.S. Navy. He enjoyed camping and spending time outdoors. He liked driving all around the countryside, visiting state parks and enjoyed helping his parents on the farm. Dean’s pride and joy and the true love of his life was his children.

Dean was preceded in death by his father, Casper, and his grandparents.