Education Spring coming to a state near you

It’s called “Education Spring” — the rise of public education advocates against the business-backed privatization movement — is spreading across the country and has finally reached Washington. But if you’re wondering why standardized testing is causing such a stink these days (after all didn’t we manage OK with the SAT, ACT and other tests?) all you have to do is go back to where this all started in Texas. Providing cautionary tales to the rest of the country is a public service we provide here. You’re welcome. 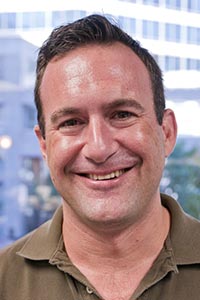 Here’s the rub: No Child Left Behind, an outdated law begging for replacement, requires every eighth-grader to pass a standardized test in math. Texas also requires students taking Algebra I to pass a state standardized test, and many children take Algebra I in the eighth grade, which means many Texas eighth- graders have to pass two math tests, only one of which actually counts. The other is just to satisfy NCLB, which was based on an earlier Texas law in the first place.

The state education agency asked the federal education agency for permission not to double-test eighth-graders. Texas is where high-stakes testing was born, so when Texas is asking for relief you know things have gotten a little out of hand. But this month Sec. Arne Duncan denied the request, which means next month hundreds of thousands of Texas 14-year-olds will learn an important lesson, but not one about math.

Giving one child two tests in the same subject to satisfy a federal law that never worked and no one wants anymore is a bipartisan failure. Both George W. Bush and Barack Obama are fundamentally wrong that we can use standardized tests as a measuring stick to make our children, in effect, taller. The only thing we accomplish by double-testing eighth-graders is revealing not just that the emperor has no clothes but he’s sleeping off a bender in a dumpster.

Everywhere you look Education Spring is breaking out. The anti-test rebellion that started in Texas two years ago has spread to other states. The National Conference of State Legislatures reports that 179 bills dealing with K-12 testing have been introduced. A bipartisan bill in the Virginia Assembly backed by teachers unions and the new governor, would cut the number of tests from 34 to 26. New York has capped how much time schools devote to testing while Missouri reduced it.

And in California, state officials won a standoff with Sec. Duncan over their insistence that it made no sense to collect data that compared the apples of an old test to the oranges of a new test.

March was a big month for the pushback against high-stakes testing as it finally breached the walls of congress. On Mar. 6, Reps. Chris Gibson, R-N.Y., and Kyrsten Sinema, D-Ariz., introduced a bill to move from annual testing to “grade-span” testing, or testing once every few years. This would save millions of dollars, reduce testing abuse and free classrooms to innovate new ways to educate children. Obviously, it has no chance of passing.

Another Arizona Democrat — Rep. Raúl Grijalva — became the first to support the Network for Public Education’s call for congressional hearings into the “misuse and abuse of standardized tests.” Since the federal education budget rivals what we spend on defense, it might be nice to examine what we’re getting for all our tax dollars.

But none of that is what is grabbing the national headlines with it comes to education. That honor goes to Hillary Clinton, who just announced she will attend a higher education conference early this week with ex-Florida Gov. Jeb Bush and Sec. Duncan at the George W. Bush presidential library. The public education advocates opposing test-based reforms are going to need a lot more firepower to convince Hillary she’s hanging out with the wrong crowd.

Even so, few expected the mutiny against high-stakes testing to get this far. But if angry parents can convince Texas legislators to offer testing relief where they previously only preached the empty gospel of rigor, then anything is possible. It’s been a long, cold winter, and at long last Education Spring might be arriving.

Jason Stanford is a Democratic consultant who writes columns for the Austin American-Statesman and MSNBC.