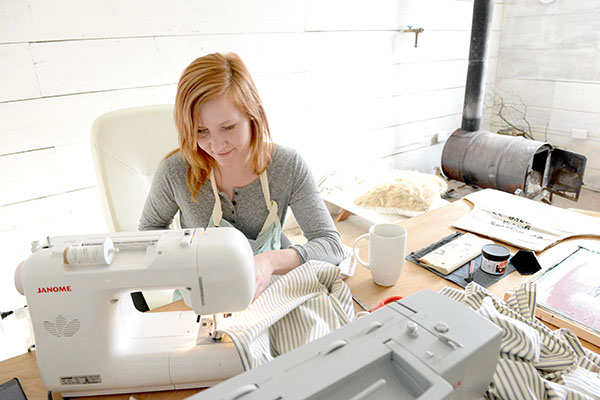 A 24-year-old hairstylist from Elk River found her niche after she moved to the town of Ellendale in 2011. Ashley Meyer was looking to do something different and start her own business.

She decided she would make aprons.

“You wouldn’t think aprons would make a living,” Meyer said.

But she discovered they could.

“They are a functional, overlooked thing that is a huge part of many different jobs,” Meyer said. “I make mostly for restaurants, so it’s something that’s always in demand.”

Living on a small hobby farm and having been familiar with a sewing machine since she was a young girl, she set up her business, Meyer Textile Co., in the woodshop on the property.

The woodshop complete with a red plaid love seat and a wood stove is a fitting setting, Meyer said, because her aprons are known to be simple, rustic and authentic.

“This is more my style than the flowery, frilly things,” Meyer said.

Meyer sells her work at the farmers market in Owatonna and also has a shop on Etsy. Most of her aprons, she said, are on the East and West coasts and abroad in countries like Australia, France, Norway and the United Kingdom. There is a coffee shop in Minnesota that has them, too.

Sixth Engine, a restaurant in Washington, D.C., sparked Meyer’s involvement in wholesale and selling to restaurants.

“Etsy is good for international shopping,” Meyer said. “I probably never would have thought about restaurants if they didn’t approach me. I’m glad they did.”

Meyer estimated over the last couple of years she has made about 3,000 aprons.

“Right now I’m turning down work. I’m full to the brim on orders,” Meyer said. “That gives me confirmation people like what I’m doing.”

She gets a lot of encouraging feedback on her aprons, too.

One reviewer on Etsy wrote, “They are almost too fabulous to get dirty.”

Meyer submitted her work, and even though she didn’t win, she had so many votes that the magazine put a blurb about her work in an ad campaign for Toytota. It’s not the only publication she’s been in, either. Meyer’s work was also in a United Kingdom publication, Sweet Paul.

“I feel like I’m flying by the seat of my pants,” Meyer said. “It feels pretty good to have a profiting business at 24.”

Meyer said she has about five different styles of aprons that she makes, and the patterns can change with the seasons. She has a modern take on them and works to make them figure flattering. Being a crafty person, Meyer said when she can’t find just the right fabric for a job, she hand-dyes her own. Other times her fabrics come from other Etsy sellers or Jo-Ann Fabric.

Meyer has added screen printing and hopes to expand Meyer Textile Co. to have a retail store and also to be accommodate the incoming orders.

“I really have no choice but to expand or I’ll have to raise my prices,” Meyer said.

She is also in the process of starting a second business, White Barn Merchantile.

White Barn Merchantile, named after the barn in which she works, will be an online shop where Meyer will buy wholesale and resell it.

“I have a lot of dreams,” Meyer said. “Making aprons is awesome, but I like making all kinds of things.”

As far as making time for those dreams, Meyer isn’t concerned.

“I’ll find it somewhere,” she said.

And with the second business and screen printing, friend, Michael Haglund, will join Meyer.

“I needed help, and he likes that kind of thing, too,” Meyer said.

Starting her own business wasn’t too difficult because while she was a hairstylist, she was also a salon manager. And now, she can get advice from other sellers on Etsy.

“For the most part I’m pretty headstrong on doing my own thing,” Meyer said.

The most daunting part for the young business owner is the book keeping and not knowing what her next paycheck will be.

“It’s a huge risk to not know where your next paycheck is coming from,” Meyer said. “But it’s totally worth it.”

Does she miss hairstyling? No.

“This is better,” Meyer said.

Meyer’s shop can be found on Etsy and Facebook by searching Meyer Textile Co. The aprons range in price from $38 to $60. Her website can be found here. 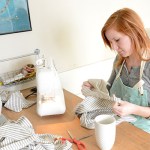 Ashley Meyer has been familiar with sewing machines since she was a young girl. – Brandi Hagen/Albert Lea Tribune 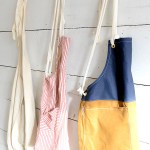 Meyer Textile Co. has added screen printing to the services offered. Here is a screen print that was placed on an apron. – Brandi Hagen/Albert Lea Tribune 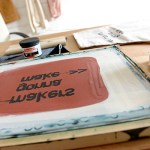 Meyer Textile Co. has added screen printing to the services it offers. Pictured is a screen print that was placed on an apron. – Brandi Hagen/Albert Lea Tribune 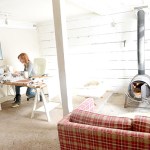 Ashley Meyer, 24, of Ellendale set up her business, Meyer Textile Co. in a woodshop at her home. Meyer opened her business in 2011. – Brandi Hagen/Albert Lea Tribune