ST. PAUL — Acting with rare speed, the Minnesota House approved a $500 million package of tax cuts and repeals Thursday in a clear sign of the state’s improved fortunes. 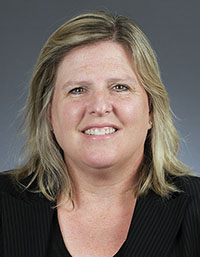 Barely a week into the legislative session, the House voted 126-2 to send it over to the Senate for consideration. The lopsided vote underscored the popularity of tax-cut bills in an election year, as well as the breathing room that comes with a $1.2 billion budget surplus.

Gov. Mark Dayton and many in the Legislature are racing to undo some business sales taxes adopted last year, including one on warehousing services due to kick in April 1. The bill also aligns Minnesota’s tax code more closely with the federal one, making some exemptions and deductions available to state filers. Some of those breaks would be effective for people filing tax returns now.

“This clock is ticking. This is time-sensitive stuff we need to do right now,” said House Taxes Committee Chairwoman Ann Lenczewski, DFL-Bloomington.

When fully implemented, hundreds of thousands of income tax filers would face lower tax burdens. The Democratic majority in the Senate hasn’t publicly embraced the House bill, which Dayton supports in concept. The governor said he wants a tax bill to him by March 14 so Revenue Department officials can adjust to the late changes.

House Republicans, who have bashed Democrats for approving $2.1 billion in tax increases last year, said they wished the amount allocated for tax relief was more.

GOP members said they will press for more tax cuts as the session continues. In a mocking tone, they said it was disingenuous for Democrats to take credit for lowering taxes when the cut was only a fraction of the overall increase the last two years.

“Our middle class tax cuts that we are passing today represent real money, for real families across the state of Minnesota, and they are going to make a real difference,” Murphy said.

Democratic Reps. Ryan Winkler and Jason Metsa of Virginia were the sole dissenters in the vote. Winkler explained that the overall package was too big and would take away from other priorities.

By better matching the Minnesota and federal tax codes, many filers could see decreases in taxes of $100 to $300, Democratic leaders said. People who have dealt with home foreclosures or short sales in the last year could save thousands because portions of the transactions the state has treated as income would no longer be.

But the widest-ranging change — a provision raising the standard deduction for married filers — wouldn’t take hold until next year. That affects 650,000 returns and would provide an annual tax decrease of $115 on average.

House Speaker Paul Thissen, DFL-Minneapolis, said the $80 million price-tag for a retroactive change was too high. Revenue Commissioner Myron Frans said earlier in the week that it would be tough to implement it this spring given that about one-third of people had already filed their taxes. The cost of preparing an amended return might dissuade people from claiming it anyway, Frans said.

The new taxes that would fade away are on so-called business-to-business transactions involving equipment repair, warehousing services, telecommunications services and others. Democrats imposed the taxes while balancing the budget last spring, but the backlash was swift and discussions about doing away with the taxes began almost immediately.

Meanwhile Thursday, Dayton offered his preferences for the surplus.

He proposed that about half of the $1.2 billion surplus — $616 million — go for tax relief: $300 million to extend federal deductions and exemptions to state income tax filers, $230 million to cover repeal of the businesses taxes and another $86 million in smaller tax cuts and exemptions. He said he was open to breaking it into two bills so time-sensitive tax matters could speed through.

Dayton would pump $455 million of the surplus into the state reserve, and spend the final $162 million on what he called essential state priorities: to address rising prison populations, extend low-income energy aid, fund school lunch programs, and $64 million to up the state’s reimbursement rate for long-term care providers by 4 percent, in hopes of boosting their take-home pay.

In a conference call with reporters, the Democratic governor said it would have been easy for him to back additional spending increases with the size of the surplus, but that he saw a need for fiscal prudence after years of state budget deficits. The size of the state’s reserve has not increased since 2001, he said, and thus has shrunk in relation to overall state spending. That leaves the state vulnerable to future economic downturns, Dayton said.

“We must remember, in this global economy, events around the world could drastically alter our economic outlook and thus Minnesotans’ economic security,” Dayton said, describing the move as a way to “cushion the blow” from any future downturn.