Memorial services for Jeanne L. Reindal, 92, will be at 11 a.m. Saturday at Bayview/Freeborn Funeral Home. The Rev. Christopher Martin will officiate. Interment will be at Oaklawn Cemetery in Emmons. Military honors will be accorded by members of the American Legion and VFW Honor Guard. Visitation will be one hour prior to the service at the funeral home. Online condolences are welcome at www.bayviewfuneral.com. Jeanne died March 9, 2014, at Golden Living Nursing Home in Omaha, Neb. 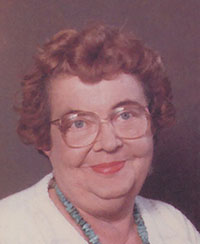 Jeanne Lucille Reindal was born on May 19, 1921, in Holdrege, Neb. She graduated from Benson High School in Omaha. Jeanne worked as a secretary at Standard Oil and also as a commercial artist for the Omaha World Herald. Jeanne joined the WAVS in December of 1943. While she served as a Naval Court Stenographer in Chicago, she met Harlan. Harlan and Jeanne enjoyed flying together. Jeanne was proud that she served in the Navy and was discharged March 2, 1946. Jeanne and Harlan were united in marriage on May 11, 1946, at Augustana Lutheran Church in Omaha. The couple worked their dairy farm near Twin Lakes for several years. While living on the farm, Jeanne enjoyed her flower gardens and vegetable garden. In 1967, Jeanne and Harlan sold their farm to start a new venture by building and managing the Arrowhead Country Club in Emmons. Jeanne enjoyed oil painting, reading, playing bingo and local politics in her free time. 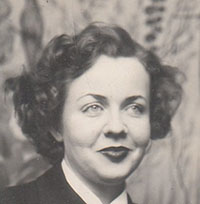 Jeanne was preceded in death by her husband, Harlan, and parents Earl and Philomena Garner.