Large bronze cross serves as a memorial to a soldier 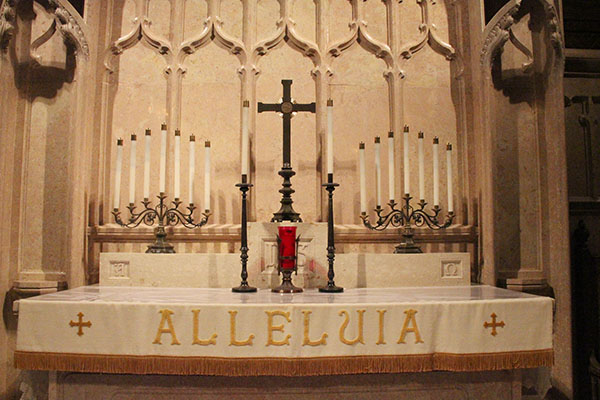 Editor’s note: This is the fourth of a series featuring some of Ed Shannon’s best Lifestyles features. The following article was originally published July 26, 2006, in a special section commemorating Albert Lea’s Sesquicentennial.

For at least 82 years, and possibly even longer, the large bronze cross which has been a focal point of the altar at Albert Lea’s First Lutheran Church has also served as a memorial to a Freeborn County soldier who died in World War I.

The base of this cross has an engraving which says it was donated to the church by Mrs. Ameila Overlie, mother, and Nora Overlie, sister, to honor the memory of Orin Arthur Overlie who died of wounds received on a battlefield in northern France 88 years ago.

Orin A. Overlie was born on Jan. 22, 1894, in Lerdal Township and grew up on a farm near Moscow. He attended rural schools in the eastern part of the county and worked as a farmer until he was 22 years old.

The cross can still be seen at the center of the altar at First Lutheran Church in Albert Lea.

In 1916, the Overlie family left the farm and moved to the New Denmark neighborhood of the north side of Albert Lea. Orin went to Hutchinson and became employed by an uncle who managed a creamery. The two later moved to Crookston where they were employed by Northern Creamery.

Overlie was in Crookston in early 1918 when he was notified that he was being drafted into the U.S. Army. He returned to Albert Lea and spent two weeks with his mother and sisters. Then Overlie traveled south to report for military duty at Camp Dodge, Iowa, where he was inducted into the service on April 30, 1918.

After a short period of basic training, Pvt. Overlie was shipped overseas on a troop transport at the end of June. 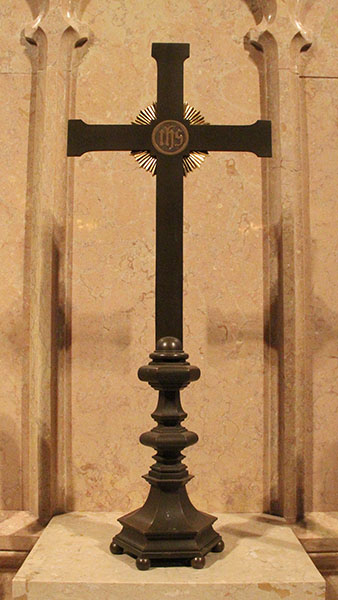 The large cross is a focal point on the altar. –Submitted

Upon arrival in France, he was assigned to Company G, 358th Infantry Regiment, 90th Division. On Sept. 11, 1918, Overlie was seriously wounded in the Battle of St. Mihiel, France. He died the next day in an American military hospital.

Overlie was one of 30 men from Freeborn County who died as a direct result of enemy action during World War I.

A special memorial service for the fallen soldier was held in late October 1918 at the Norwegian Trinity Evangelical Lutheran Church on College Street. At this service, the Rev. Edward Nervig referred to what may still be the final resting place of Orin Arthur Overlie when he said “Under the lilies of France, he lies, silently taking his last, long rest.”

In 1919, the Trinity church merged with the Norwegian Evangelical Lutheran (Synod) Church on West Clark Street to form the present First Lutheran Church. A new church building was started in 1919 and dedicated on Oct. 12, 1924. Thus, the cross on the altar that now honors the memory of a soldier who died in World War I could be considered as one legacy from the Trinity part of the merger.