ST. PAUL — After meeting for five days in a row, House and Senate conferees working on a minimum-wage compromise appeared deadlocked Wednesday and decided to take a break. 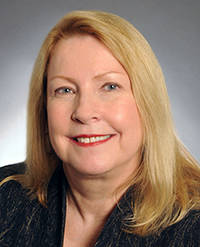 The conference committee broke up Wednesday afternoon after a brief meeting in the morning followed by a lengthy recess. The plan was to come back together Monday and see if positions have evolved.

“It doesn’t look like we’re making a lot of progress,” said state Rep. Ryan Winkler, DFL-Golden Valley. “We’re kind of where we’ve been.”

The key sticking point is whether to tie the minimum wage to increases in inflation.

The House bill would increase the wage annually by the Consumer Price Index or 2.5 percent, whichever is less.

The Senate doesn’t want any inflator in the bill.

The House offered a different metric than CPI on Wednesday — the “implicit price deflator” — but the Senate turned it down.

“The inflator is a nonstarter in the Senate. I don’t have the votes,” said Sen. Chris Eaton, DFL-Brooklyn Center. She reiterated the Senate’s desire that the House agree to move the wage to $9.50 an hour by 2016, but Winkler said his side wasn’t prepared to do that with the inflator issue unresolved.

The House bill passed last session calls for the wage to increase to $9.50 by 2015 for large employers, while the Senate bill capped the amount at $7.75.

The conference committee, made up of three DFLers from the House and three from the Senate, is charged with crafting a deal that would be submitted to an up-or-down vote in each chamber. Both the House and Senate have Democratic-Farmer-Labor Party majorities.

Minnesota’s minimum wage for large employers now is $6.15, among the lowest in the nation. In practice, however, most minimum wage jobs in Minnesota pay the federal rate of $7.25 per hour. An increase to $9.50 would make Minnesota one of the highest minimum-wage states.

The two sides have reached consensus on one issue: They both agree to drop language in the House bill that would have extended parental leave from six to 12 weeks. That change is being pursued in other legislation, lawmakers said.