A Level 3 predatory offender is moving back into the Albert Lea community March 24 after a stint in a state prison and the Freeborn County jail. 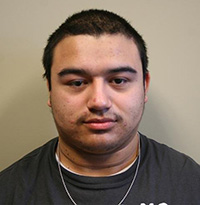 The Freeborn County Attorney’s Office had petitioned to have Lorenzo Martin Torres, 24, committed to a state hospital as a sexually dangerous person but last month withdrew its request.

The two medical examiners who evaluated Torres had differing opinions and could not reach middle ground to support the commitment, said Freeborn County Attorney Craig Nelson.

He has been approved to reside in the 100 block of South Broadway, according to the Police Department.

Torres is described as being 5 feet 6 inches tall and weighing 206 pounds. He has brown eyes and black hair.

A notification fact sheet states Torres has a history of sexual contact, including penetration, with girls ages 12 to 15. He was known to his victims.

Torres has been held in the Freeborn County jail since November since he was released from prison in Rush City as he awaited a decision about his civil commitment.

There are three other Level 3 offenders in Albert Lea.

The first is Tai Lars Stadheim, who has been living in Albert Lea since he was released from prison in April 2010. He has a history of sexual contact with juvenile female victims, including fondling. He was known to his victims and lives on the 2100 block of East Main Street

The second is Paul Arthur Berg, who lives in the vicinity of Capri Avenue and Gene Street.

According to police, Berg has a history of sexual contact with girls ages 4 to 5, including fondling. He was known to his victims.

He also has a history of sexual conduct with girls ages 9 to 15, including soliciting victims for sex and indecent exposure in public. He was not known to those victims.

The third offender, Joseph Harry Jensen, 58, moved to the 2100 block of East Main Street at the beginning of the month.

He has a history of sexual contact, including penetration, with female victims ages 14 and 15. He was known to his victims.

Level 3 offenders have the highest likelihood of reoffending.