ST. PAUL — Minnesota lawmakers hoping to lift the state’s decades-old law that forces liquor stores to be closed on Sunday are introducing a range of compromises that would soften the ban, as well as the option to fully repeal it. 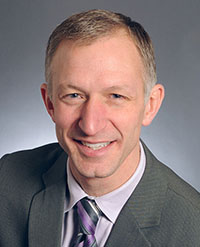 A Democratic state senator and Republican representative teamed up Thursday against a ban that’s grown increasingly unpopular with Minnesota consumers, but which has proven tough to repeal. Many small liquor store owners support the Sunday prohibition, saying it would force them to be open a seventh day of the week for competitive reasons while not substantially increasing weekly profits.

The powerful Minnesota Licensed Beverage Association opposes lifting the ban, and over several years the group has successfully encouraged liquor store owners around the state to lobby their legislators against changes. But critics of the ban have also grown more organized in recent months, and got a boost recently when Gov. Mark Dayton said he’d sign a repeal bill.

“Eventually, we believe this ban will go away entirely,” said Sen. Roger Reinert, DFL-Duluth. “But to get us closer, we’re offering a variety of options from which legislators can choose.”

• Full repeal of the ban, allowing any licensed business owner to sell alcohol on Sunday.

• Several bills that delegate the decision to local governments: One would abolish the ban, but let cities and counties maintain their own; the other would leave the state ban in place, but let local governments opt out of it.

• Two proposals to lighten state regulations on craft brewers and tap rooms. One would let brewers sell specialized containers of their beers on Sunday, the other would let specialty brewers open pub-style “tap rooms” on Sunday.

• A proposed constitutional amendment to allow Sunday sales, which Reinert said would be a last resort if the Legislature can’t agree on any other changes.

Reinert and Loon emphasized that under no scenario would liquor store owners who want to remain closed on Sunday be forced to do otherwise.

“My effort is more about economic freedom,” Loon said. “Some businesses don’t want to be open on Sundays, and they don’t have to be. But some do, and so do some consumers.”

Minnesota is one of 12 states that does not allow in-store liquor sales on Sunday. Sixteen states repealed old bans since 2000, and all four states that border Minnesota allow Sunday sales.

Lobbying by the Licensed Beverage Association and its members has made it difficult for the ban’s critics to round up legislative majorities. The last time the full House voted on lifting the ban, in May 2013, the proposal failed by a lopsided 106-21 margin.

“We believe many businesses will see no benefit from the change and will experience increased costs in doing business,” the Licensed Beverage Association said in a statement. “Unless alcohol consumption increases, our mom-and-pop stores will see increased costs without increased revenues.”

In 2011, the Senate Commerce Committee narrowly passed a bill to strike the Sunday ban. Reinert said legislation this year would likely originate in that committee, and that its chairman told him the committee would only vote on a bill if Reinert believes he has the votes to pass it.

Andrew Schmitt, the leader of the Minnesota Beer Activists, which formed to fight the ban, would prefer a full repeal. But “if it has to be watered down, the municipal option is a good one,” Schmitt said. “That brings it down to the community level and allows people to have that choice.”

Loon and Reinert repeatedly underlined the significance of Sunday sales for startup craft brewers, as a wave of the businesses pop up in locations throughout the state.

“The first years of startups are key ones,” Reinert said. “They’d love to be open on Sundays when people are coming back from the North Shore and Boundary Waters.”

Loon added that “craft brewers are a good thing for Minnesota.”