An Albert Lea man who led police on a manhunt in October has pleaded guilty to first-degree burglary.

Trouper Montgomery Gilbertson, 24, entered the plea Tuesday in Freeborn County District Court as part of an agreement between his public defender and the Freeborn County Attorney’s Office. 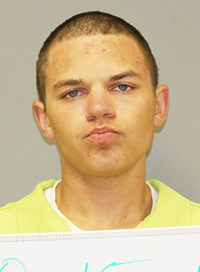 Court documents stated Gilbertson broke into a house at 411 Commercial St. on Oct. 13 with a loaded rifle and, while inside, he cut a dog’s throat with a knife. The dog later died.

Two days later, Albert Lea police issued a plea to the public asking for help in finding Gilbertson after they had unsuccessfully searched for him. He was found following a high-speed chase that started in Hartland and ended near Alden, according to court documents.

Gilbertson was the passenger in the vehicle, while the driver was Bailey Ehren Mitchell, 18, of Albert Lea.

Court documents stated both men fled on foot from the car after it got stuck in a field, and deputies found Gilbertson in an old schoolhouse at 66788 220th St.

Walker said Gilbertson’s plea agreement calls for a treatment program that addresses both mental health and chemical dependency problems. Once he completes the treatment program, he would spend a year in the Minnesota Adult and Teen Challenge program. 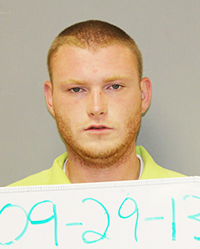 If he violates his probation or does not successfully complete the programs, he could face four years and 10 months in prison, Walker said. He is expected to be on probation for 20 years.

“I do think it’s an appropriate thing for him,” Walker said.

Gilbertson has been in custody since his October arrest and will remain there until sentencing, which is slated for April 3.

His additional charges of cruelty to animals and possession of a firearm by a felon and third-degree burglary are expected to be dismissed, Walker said.